Published on Saturday, 05 March 2016 by Maggie Pronto in The Mediashop news 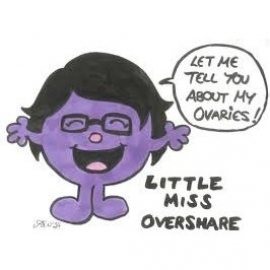 I may be giving away my age here – I am hitting the "naughty 40's" this year after all; but I have to ask the question: Is it just me, or is nothing sacred anymore?

Everyone is living their lives on social media without having to leave their chair. This ‘face down’ epidemic is concerning because we’re breeding people that have no ‘face up’ human interaction, and when they then don’t cope in the real world it’s called ADD.

We used to have friends - the physical kind - that we used to meet up with and have face to face conversations with. Two hours with your besties felt like fifteen minutes, because you had a lot to talk about - and no, you didn’t text each other whilst sitting next to each other - our mouths actually moved.

I personally feel that social media has hugely interfered with our human connection. We’re “friends” with people on Facebook we would probably not meet over coffee. People “check in” into places from the comfort of their couch just to be accepted or to feel that they fit in. Oh, and let’s not forget how accessible we have made ourselves to people we don’t necessarily want to interact with.

If you think about it though, social media isn’t really the guilty party - time is. We have more things to do now and less time to do it in. Our physical social interactions have taken a back seat, because there are so many other things that need to be achieved in a day.

But, there is a flip side to this. Even though social media has changed the way we would generally socialise, it has also connected us to those who have left for greener pastures or are busy climbing the corporate ladder. It allows us to peep in every now and again with them and still have a virtual catch up, so what would have been a five minute phone call can now go back to the two hour bestie catch up @ 11pm.

Even though Facebook was initially intended to be more student/campus based, in South Africa it has over 13 million users with 90% of all activity being updated via mobile - that’s huge! To put that number into perspective, it’s bigger than the total readership of our national AND regional dailies combined!

SA Facebook users check in to the platform about 14 times per day: hands up those who have re-consulted their newspapers more than twice a day?

And just in case you thought it was only girls and besties sharing on Facebook - guys account for half of the chatter. Age of the typical user has also shifted as the 18-24’s age. Younger users are adopting newer, funkier platforms (where their parents potentially aren’t).

Which leads rather nicely into content and over sharing, Sooo, I’m not sure what made you think that I would be interested in you being constipated, but don’t post that!

Before you share away - here’s a little guide that may assist in making your friendship circle a little bigger, and also potentially landing that interview. 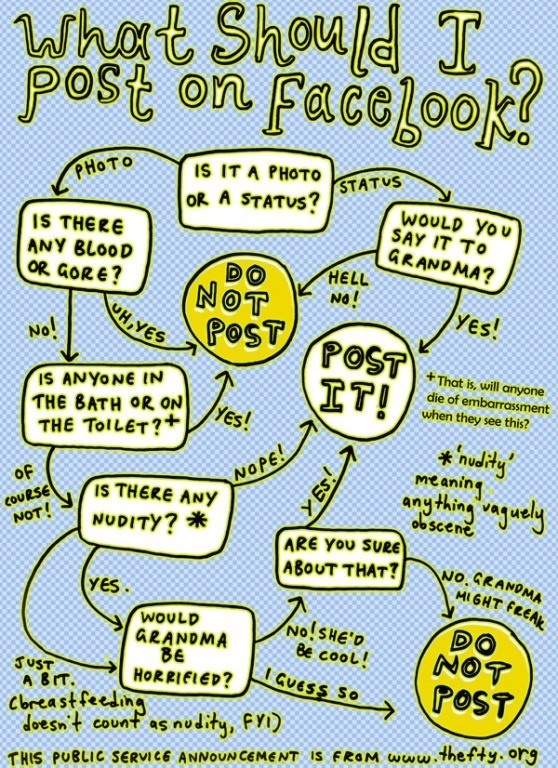 The same applies to brands and companies (and the people they employ) – we have seen some things we really shouldn’t have over the past few months. 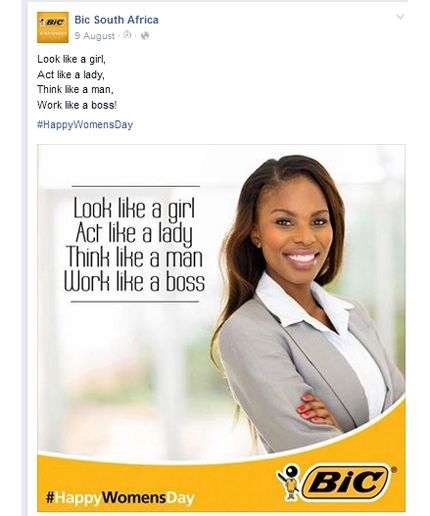 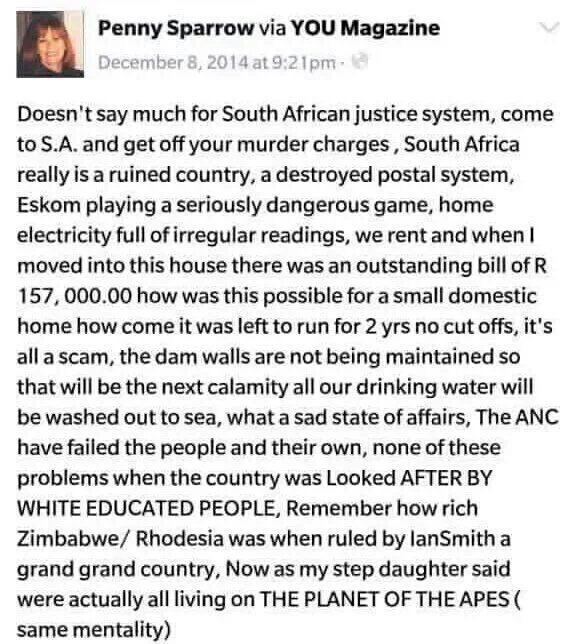 Oh, and let’s not forget that Facebook has also made it super easy for our time constrained ‘ADD guys’ that don’t communicate using full sentences to respond to great or not so great content, and believe me they will let you know exactly how they feel.

Personally I would have thought that if you felt strongly enough about something that you might want to express yourself in words – but hey that might be me again acting my age again.