Published on Saturday, 27 September 2014 by Craig Wallis in The Mediashop news 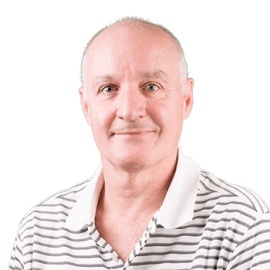 I was recently looking at our new client Nedbank's solar powered traffic light billboards initiative in Johannesburg. It got me thinking about how this platform can add value.

If you have been living out of the country for the past few years, or haven't heard about them, let me tell you how they work. A company called SenseSeven erected billboards that house solar panels and large batteries at major intersections in the northern suburbs of Johannesburg to combat the traffic chaos when the electricity goes off.

Whilst looking at this fantastic product (and phenomenal service to the community) it made me think about what other truly functional billboards are out there in our 'media-verse'. By that I mean, billboards that could possibly add real value to our lives.

You might have seen a really functional billboard that a Peruvian University developed to capture the humidity in the air of a coastal desert area and then converted the moist air into water which is then purified into drinking water? This billboard can produce in excess of 3 000 litres of drinking water a month. Now this is a truly functional and beneficial billboard.

Have a look at the following video clip to see it in action http://www.youtube.com/watch?feature=player_embedded&amov=35yeVwigQcc

The self-same university (The University of Engineering and Technology of Peru - UTEC) has been at it again! This time they are purifying the dusty air around a construction site for a new campus that UTEC are building in the capital, Lima. The billboard is assembled on the construction site and is cleaning the air for workers and neighbours alike.

According to engineers at the university, the new billboard's structure includes purifying filters that releases oxygen into the air and is as effective as 1 200 trees. It filters large volumes of polluted particles using a Peruvian designed thermodynamic water system. They believe a five block radius is benefiting from the 3.5 million cubic feet of fresh oxygen each day.

The proof is in the video http://www.youtube.com/watch?feature=player_embedded&v=-HaC5PQXrho

Another great idea that I have come across is an interactive digital poster that has been developed in Germany for a Relief Organisation that relies on funding from public donations. They have developed 'The Social Swipe' which is a new sort of poster that encourages passers-by to engage with the screen along with an instant call to action. Each swipe of the credit card is a fixed donation of two Euros. The swiping triggers an animation sequence that shows just what that simple donation can do to help the poor and disadvantaged.

The credit card payment option idea was triggered by the insight that more than 40% of payments made in Europe are made by credit card, making coin donations difficult to collect.

The Social Swipe provides people with an easy and engaging way to make a donation and it also gives them a visualisation of how their donation makes a difference. When the donors receive their credit card statements, the donation is included in their summary of transactions along with an option to turn their one-time donation into a monthly one.

The billboard is a non-invasive way to get people to donate; not only do you avoid the discomfort of being approached by a stranger asking for a charitable donation, but the billboard’s beautiful graphics draw you in, promising interaction. Additionally the person who is donating can feel good about getting a little attention for doing the right thing.

The interactive posters are currently installed at international airports but watch the video clip below to get a feel for the technology.

Utilised effectively, there's no reason why an OOH strategy can't add real value not only to the advertiser but to the consumer who is engaging with it.