Here are the Top 10 Social Media Marketing Trends coming your way in 2017!

Published on Thursday, 20 October 2016 by Sean Sullivan in The Mediashop news 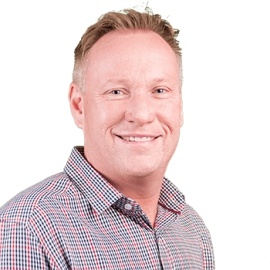 When I first read this article authored by entrepreneur, author, blogger and marketer Jeff Bullas, I completely agreed that his predictions show where social media is heading. Take a read.

Social networks have been with us for just over a decade but it feels like forever doesn't it? When I first signed into Facebook I was amazed by how small the world had become. Friends, acquaintances and old school connections I hadn't seen in decades and living in faraway places started popping up on my screen. Many of them are a little older, greyer and with less hair than I remembered.

After I was more comfortable with Facebook I joined Twitter. But I noticed the same behaviour - obsession. This intersection of people and technology was resonating with our tribal curiosity and creativity. Technology was becoming more human. Then the smart phone was added to the mix.

Social and mobile were the perfect storm. Today we are captivated and captured by both of these technologies. They are impacting on how we work, socialise and play. But what are the social media marketing trends right now and for 2017 that will play out for us in business as passionate and complicated humans?

YouTube was a sensation in 2004. That technology allowed us to record, upload and view anything we wanted to, but 12 years later the mobile phone has become our main broadcasting device which allows us to capture live moments. This footage is not recorded and sanitized with editing but raw and live.

Meerkat was one of the first social networks to make live streaming video easy, then Twitter bought Periscope and blocked Twitter's sharing on Meerkat.

Blab was another platform that tried hard for a year in 2015. It made some waves but has since been switched off. Now Facebook "Live" is taking on Twitter's Periscope. This trend is changing how we share our stories (both business and private) and live events. It is another very real way to engage with an audience.

Buzzfeed recorded a Facebook live stream that attracted millions of views. The topic? How many rubber bands does it take to burst a watermelon? Yep. 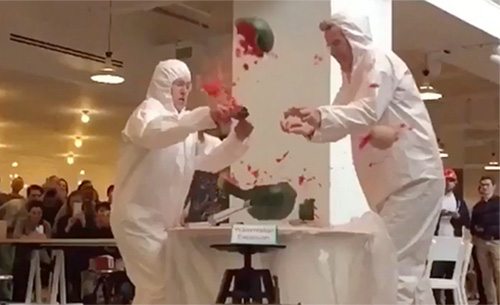 Live Streaming can also be a new way to build trust and credibility online with authentic unfiltered content.

2. Chatbots are changing our conversations

Chatbots are conversational agents designed to simulate intelligent conversation without a human being present.

In the artificial intelligence era it's all about embedding human smarts in machines. Facebook chatbots are one application of this revolution, as they rapidly gain popularity and provide a new tool for marketers to leverage. These chatbots are the incorporation of automatic chatbots within Facebook Messenger.

Chatbots offer flexibility in order to automate tasks, and assist in retrieving data. They are becoming a vital way to enhance the consumer experience for the purpose of better customer service and growing interaction.

In April 2016, Mark Zuckerberg announced that third parties could use the messenger platform to create their own personal chatbot. Since then, their popularity has rapidly grown all over the world. Their prime functionality remains the same, and that is to improve real-time engagement.

Customers are always searching for prompt and ready replies to their comments and queries. Chatbots are designed in such a manner that they are able to answer most queries placed by customers, without human intervention.

Chotu, one of the leading chatbot technologies, is an AI robot on Facebook Messenger that assists in accelerating customer information acquisition through Facebook messages. It provides all the needed information from your messages itself, rather than relying on several different apps working together. Chotu performs multiple tasks at a single time and offers 24×7 customer service.

These can help in bonding a strong relationship with customers and potential crowds, without paying for high overheads on staff.

Attracting attention online is a battle between brands with big budgets and savvy marketers with little cash but with the knowledge of how to hack business growth with technology. The result? A lot of online noise and clutter. The challenge is standing out from the crowd and gaining attention. Normal marketing tactics don't work like they used to.

But SnapChat decided on a different tactic. Its main selling point is making content expire. This brought urgency to the content table. Visitors knew that they had limited time to read or view content before it disappeared. Brilliant!

This included the watching of 10 second videos that are gone after one view and then it extended to SnapChat stories. These only last for 24 hours. So Instagram saw the future and just "copied" SnapChat Stories and brought its own "Instagram Stories" to its platform.

Expiring content is now part of the evolving social media landscape. It's trending and the spurning of Facebook by Snapchat when they were offered a $3 billion buyout seems to have become personal. Their message to Snapchat? If we can't buy you we will beat you. Social media is no longer an experiment or a game. It is big business.

Expiring content is a trend you may need to test and try in your future digital marketing campaigns.

Any evolving industry moves from a Wild West frontier to a more centralised and concentrated group of players over time. In his book "Master Switch: The Rise and Fall of Information Empires" Tim Wu (a professor at Columbia University) reveals that this pattern has been with us since the rise of the telephone in the 1800's.

Social media is no different.

As big enterprise moves into the social media landscape the rules will continue to change. Control will be exerted and buying a seat at the table will become a high stakes game. We can expect this to continue as smaller social start-ups struggle to break through the clutter.

The significance for the modern marketer is that it is dangerous to assume that things will remain the same. You will need to watch the changing landscape and keep reinventing your tactics.

Earning attention in a digital world used to be straight forward. Brands earned it by growing Likes on Facebook and Followers on Twitter. No need to beg the gatekeepers or pay the newspaper and media moguls.

But that is changing.

Facebook, Instagram and others are removing chronological timeline updates. They are starting to make brands invisible unless they pull out the credit card. Social media is just becoming another paid media channel. This will make more businesses go back to digital basics. But what does that mean for marketers?

Marketers should be optimizing for search engines so that they rank on the first page of Google. Build email lists so you can reach your own audience without a Google or Facebook algorithm blocking or filtering your content and updates. Brands will also need to work harder at evolving skills that include growth hacking that is the new "art and science" of marketing.

So don't put all your marketing eggs in the social media basket. It is time you pursued a multi channel strategy.

The splintering of media from TV, radio and analogue to digital multimedia and social has made marketing a complicated and messy endeavour. Managing that with a pencil, piece of paper, spreadsheet or a room of human worker bees is inefficient and doesn't scale well.

Marketing automation software platforms are now essential tools for any grown-up marketer. These are becoming smarter, more intuitive and cheaper to buy. If you aren't using one today or thinking about it then you may find your competition giving you a marketing wakeup call. Also...it's costing you money.

As tools have become smarter and people's resistance to general advertising grows higher, the need for personalised and relevant content and advertising delivery becomes more important. Facebook re-targeting and adverts driven by identifying where you have been on the web and what your interests are, are becoming the digital advertising tactic of choice for campaigns. It delivers relevant content that converts at a much higher rate.

Digital marketing automation also can provide the data and the tools to send the right content at the right time to the right customer. Relevance is king for catching a distracted eye and an online glance in a noisy world of data clutter.

8. The rise of the social influencer

As the noise increases online and reaching targeted customers gets harder because of content clutter, the influencer and thought leaders who have built reach globally are the new niche gatekeepers. Brands are now paying to reach their admirers and devotees.

Making a mistake or receiving a complaint in the past was behind closed doors. A telephone call, a letter or even an email discussion was private and hidden conversation for most. But stuffing up in a world of social networks is like airing your dirty washing in a stadium. It's visible and sometimes viral.

Uber rates the driver "and" the passenger. Don't drink too much and abuse the driver. Otherwise you may be walking a bit further in the future. This visibility has been adopted from social.

So ...transparency is the new business paradigm. Some brands just don't know it yet.

10. Artificial intelligence and the rise of the robots

The rise of robots has been predicted since we watched HAL in "Space Odyssey 2001" in what was another world in 1968. In the decades since, we have seen the emergence of the personal computer, the Internet, social networks and the mobile smart phone.

The intersection of these technologies is changing entertainment, business and our lives. The last two are obsessive technologies that have made 7 billion of us publishers. We are now all video creators, selfie photo producers and writers that share content by the billions every hour. The result? A content explosion.

As the data volume has increased exponentially, the scale of noise means that making sense of it needs artificial intelligence and machines with big powerful processors. That includes search on Google and Facebook.

Where is this artificial intelligence being used that maybe you don't even notice on your favourite social media networks? The tagging of friends on Facebook with facial recognition, deep learning technology that is woven into Facebook's suggestions, Newsfeed algorithms and trending topics.

LinkedIn uses "AI" to provide better job matching between business and candidate, Pinterest uses the intelligence of the robots to boost image recognition and search. And this is just scratching the surface. Expect to see more of these technologies and trends emerge in digital marketing automation tools and beyond.

What are the implications of these emerging trends?

As marketers and entrepreneurs we will need to let go of practices and tactics that are not effective as they once were. We live in a fast changing world. We need to keep reinventing.