Time flies when you’re having fun

Published on Monday, 03 August 2015 by Chris Botha in The Mediashop news 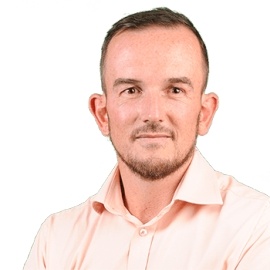 And it's exacerbated. Just look at how the age of technology has perceptually sped up time. It feels like every month the game changes.

I read with some amazement not too long ago about a new social media platform called "Periscope". It is in essence a means for users to live broadcast events from around the world, to anyone who is interested in viewing it. Today I "tuned in" to a guy who was showing the NY skyline from atop the Empire State Building and discussing the various building projects. Yesterday, I tuned in to listen - live and in real time- to rapper Tiny Tempah giving a talk to some school kids. I felt like I could be anywhere in the world, real time, and tune in - gratis and for free. All this thanks to the miracle of a cellular phone- that today is also my video recorder.

Periscope really rose to fame earlier this year when some "Clever Johnny" - broadcast the Manny Pacquiao v Floyd Mayweather fight live. Plus it was obviously for free to all interested. Now, Broadcasters were expecting users to pay $99 for the Pay Per View - but Clever Johnny paid for the PPV, and then broadcast it for free to anyone with a data connection using Periscope. Major events like earth quakes, floods, World Cup finals, speeches, inaugurations, will all be broadcast by anyone with a cellphone at the event, to anyone with a screen anywhere else in the world! FREE!.

Hell, the future implications for broadcast regulations and legislation is massive.

But we're talking about time- so where does Periscope fit in?

Periscope is a great demonstration of how, really, in a snap of a finger, media empires are built. Legislation is challenged and changed. The game is redefined. Just like Uber changed the transport game, so too Periscope might change the broadcast game. And it didn’t take decades. Or years. It all happened in just a couple of months.

We have already seen the impact that platforms like Spotify has on not only linear Radio listening, but even how we purchase music! For decades we bought LPs. Then for years, tapes. CDs had a short life. Suddenly, within a couple of years we have gone from buying songs on iTunes, to renting/ streaming them on Spotify. Wow. It seems like just yesterday Instagram was the new kid on the social media block. Nope, not anymore, it is now a massive player, mentioned in the same breathe as Twitter and Facebook. Facebook, a is 12 year old "veteran" has 1,5 Billion active users!

And it all happened in the blink of an eye.

It would take the bravest of forecasters to say what will be a big trend 18 months from now. No one can really tell. There are a bucketful of possibilities. Plus another 10 more that haven't hit the market yet! Or been conceived yet. Perhaps it will be Mark Zuckerburg's new toy "Oculus Rift" changing how we interact with retailers, brands, friends, and media. Or it could an initiative from my hero Elon Musk changing the planet on which we do these things!

But one thing is for sure. Change will remain the only constant. And as the old adage goes - it is not the strongest, but the most adaptable that will survive.