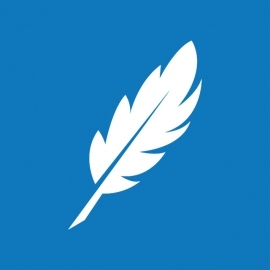 The idea of primetime is somewhat dead.

People are still consuming content, but the desire to consume it and pay for it on their own terms based on individual wants and needs has caused a massive shift in behaviour. People have gone from sitting in front of a television - at a specific time - to watching shows, to recording programmes, to viewing at their convenience. Oh, some also like avoiding commercials whenever possible by fast forwarding through them, channel hopping or vacating the room for other activities!

We've seen the massive growth of Internet streaming video services such as Netflix, Hulu, HBO Go, Amazon and YouTube, all of which are easily accessible from a variety of devices- 24/7. These companies are already producing their own commercial free content such as the critically acclaimed House of Cards - and Orange is the New Black on Netflix.

I'm certainly not saying television is dead - considering its reach and fact that everyone still watches, it's not going anywhere anytime soon, especially in South Africa. However, there is a shift in advertising that marketers should be aware of when planning budgets. A good example is the moving of some spend into online advertising, more specifically digital video ads.

Television advertising is blasted broadcast content. The goal is always for viewers to watch the advert and receive the message. On the other hand, we have computers, tablets and mobile devices. These allow for closer targeting, because over time we know the habits and interest of the consumer using the device. Consumer groups fall under different behavioral categories. Today advertisers can track their behavior by device to determine if they are the audience they are looking for. Online video advertising can specifically target individual consumer's tastes, without breaking the bank.

How are you currently allocating your advertising spend?

Some argue that in fact online video advertising is more affordable and more effective than television advertising. (Again, one would imagine its effect would be far greater in more developed countries than SA at this stage.) A study by the Internet Advertising Bureau (IAB) and Nielsen argues that including online video in a campaign mix will enhance reach, and at a more effective cost.

Google found that advertising on online videos can assist a campaign by not only growing reach but also generating a lift in general recall, brand recall, message recall and likability through TrueView ads on YouTube. Since Google can track how many people watched the ads, they have quantifiable data to reference. Advertisers have access to the front end statistics of their video ads with the TrueView ad words interface and can view statistics - for example cost per view, percentage of people who completed the ad and impressions. Additionally, Google Analytics can be used to gather additional data which is all tied together with website traffic. There is no measurement for TV advertising at this granular level.

YouTube reaches more users every minute, every day than any other network online. According to Google, it will actually be the largest social network by 2017.

TrueView on YouTube is one of the favorite online video advertising platforms. It allows viewers to skip ads after five seconds - also known as self-selective advertising. With this model, you only pay for the ad if it is watched for at least 30 seconds.

In addition to YouTube's size and scale, making TrueView appealing to advertisers, the platform also gives you the ability to better target viewers .

TrueView allows marketers and advertisers to reach people who are in the target audience with the message regardless of what they're watching. The platform can tell what type of topics users are interested in from cookie data on their computers (knows the device they're on, terms they search, websites they visit, their location, times of day they search, etc.). It categorises users into markets with specific interests and behaviours and calculates which video ads to put in front of them. The platform can also make decisions based on the consumer's response to ads (if they watched the ad all the way through and if they clicked through to the advertised website).

For example, if a consumer watches an advertisement about Coke all the way through without skipping, advertisers can see the type of channels this consumer watches on YouTube and can target the consumer at a later date through a re-marketing strategy, such as banner ads pertaining to Coke.

If you are interested in exploring online video advertising, start with the basics. You can repurpose your television ads for online advertising (30 second videos perform best). As with any ad, it's important you have a clear call to action, such as a special offer to encourage viewers to visit your website.

Next, identify specific target markets. Understand the trends with advertising and website traffic before launching the campaign; because once a TrueView ad is placed online the website traffic will increase. Once you have defined your audience, set up an online video campaign and run it for three to four weeks to see how it performs. Examine how many additional consumers from the desired target market are visiting the website.

Consumers are changing their viewing behaviour. Video content viewing is surging. This should be taken consideration when planning any advertising. People are no longer watching their favourite shows when they air and we can assume they aren't always watching commercials. With the ability to target and track ads at a low price point with online video ads, doesn’t it make more sense to explore internet video ads as part of your mix?