On Comic Con, YouTubers and the business of gaming

Published on Tuesday, 13 November 2018 by Jarred Mailer-Lyons in Technology 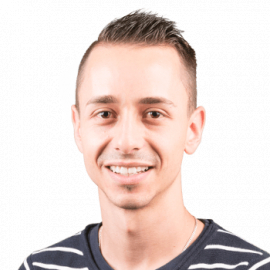 While Comic Con SA brought in an array of people to enjoy the festivities, the BOGF conference also brought together like-minded gamers, marketers and research analysts to discuss aspects of gaming that brands could tap into to further monetise their media investments. The line-up of speakers included both local and international experts on all matters relating to the business of gaming and ranged from Executive Director and CEO – David Sidenberg of BMI sport info, right the way through to our very own SA gaming YouTuber and Streaming influencer Grant Hinds.

While gaming is still on a growth trajectory, there hasn’t been much data available to advertisers around audiences in SA and while all the keynote speakers at the BOGF were great in delivering key aspects of their presentations around gaming, BMI Sport keynote speaker - David Sidenberg captured my attention from the start.

He drew our attention to their latest research report, which highlighted that the South African gaming population totals a staggering 8 million unique users across console, mobile and desktop. These numbers are starting to become comparable to global players like YouTube, which is currently sitting at 8.74 million users in SA. That’s an increase in Esports / gaming growth of 579.1% compared to the previous year, whereas other sporting codes like gym fitness accounted for 18% growth and road running / jogging at 17.8%. However when looking at mainstream sports in SA, soccer is showing a decline in growth by -3.5% and rugby at -3.7%. What’s even more interesting is that when comparing the growth from 2016 through to 2017, Esports now ranks as the 6th most popular participation sport amongst adults 19 years and older in South Africa.

What really resonated was when one of the speakers, Gareth Woods from Good Game Well Played, noted in his address to the audience that calling yourself a gamer is just like identifying yourself by your hobby and not many people do this - especially when it comes to light users. When speaking to light / casual players who engage in bubble popping or word puzzle games on their mobile devices, I had noticed that these users don’t realise that their 20 minutes a day is actually considered gaming. While it may be considered light gaming, they are still classified as a gamer and that is why it is important to note the differences between people who casually play for entertainment purposes vs more ‘hardcore’ type avid gamers.

So what is the difference – yes it may be quite subjective as there is no real literary article or piece of research that differentiates these users based on hours played, levels achieved or even budget spent on devices. Yet the best possible way I could describe it would be to note that the difference between an avid and casual gamer is passion, an avid gamer does not necessarily invest a longer amount of time into that hobby but certainly invests a lot of passion into it. A casual gamer plays games in much the same way a casual soccer fan really just watches the replay of the highlights from the latest soccer match and can engage in conversation with his friends. They don’t really watch the match for its sporting complexity or for the emotions it evokes but rather to keep up to date with events.

The avid gamer on the other hand is much like the soccer fan who watches soccer on TV but also enjoys going to live matches with his friends, following local and international games, knowing the names and history of each of the players on the team and of course following their scores, stats, news, fixtures and results. There is no game you can play that will automatically make you an "avid" or "casual" gamer, it all comes down to the level of passion you have for gaming.

Based on the BMI Sport research in SA, there are some key Esports fan behavioural differences when it comes to avid gamers and casual gamers on various devices. PC and console gamers share a similarity in that a higher proportion of their audiences are avid gamers with 58% on console and 65% on PC whereas casual gamers on console accounted for 34% and on PC just a mere 14%. However when looking at mobile, the causal gamer takes the lead at 51% whilst the avid gamer only accounts for 10%.

When it comes to gamers there are many misconceptions about the people who play them. These misconceptions have prevented advertisers from including gaming as part of their media mix, tending to favour social networks, messaging apps, and other, more “mainstream” digital media channels instead. However, budgets have been steadily shifting, and brands and agencies are beginning to re-think how they can align their strategy by tapping into consumers’ favourite pastime - gaming. With more than 8 million consumers in SA playing games, the array of platforms and channels within the gaming arena presents an enormous opportunity for brands and advertisers to connect with highly engaged audiences.

Esports over the years has definitely emerged as a force on the entertainment and media landscape and as a media business; it has a compelling set of attributes. In the era of distraction and short attention spans, Esports commands the focus of the youth market who are otherwise shifting away from established modes of media consumption. Given the demographic, Esports has traditionally reached a digitally native audience and is currently the only sport in South Africa in which TV is trumped by another medium.

Although there has been a hope of greater engagement from digital content via social media platforms, both sporting codes and sponsors need to remain cognizant of the most efficient and effective mediums to reach and engage with their loyal fan base. Soccer is a prime example of this, with close to 20% of loyal fans still regularly turning to radio and / or print for coverage of their favourite teams, players and competitions. The fact remains that the majority of the population still have limited, if at all any access to such digital channels, and therefore still remain dependant on the more traditional mediums to get their sports fix.