Published on Tuesday, 29 September 2015 by Richard Lord in Marketing 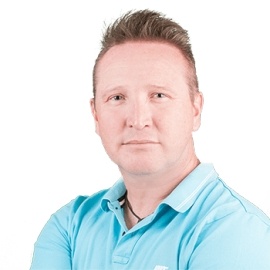 Do people pay attention to ads anymore? I seriously doubt it! We have seen the average click through rates on digital banners decreasing by more than 60% in the past ten years and ever more declining day-after recall rates for TV advertising. Numerous sources on Google estimate that the average consumer is exposed to anything from 3000 to 5000 commercial messages - PER DAY!!

And what do we as consumers do when we are bombarded, and our senses are overloaded with brands constantly shouting at us to "buy now", "pick me", "new and improved", "switch and save"? We tune out. We switch off. That is why banner blindness online is a very real thing. We ignore ads to the point where we just don’t even see them anymore. Billboards become wallpaper.

By way of example, I used to have a client who was situated in downtown Johannesburg and so I used to drive from The MediaShop in Rivonia, along the M1 freeway, to the Johannesburg CBD at least three times a week. Frighteningly, there are in excess of 600 billboards and street poles (I know because I have counted) along that 20km stretch of road. How many brands do I recall from having driven that route so often? One! A Superga shoe ad. And the only reason I remember it is because instead of a traditional billboard, they built an enormous shoe next to Melrose Arch. That stood out for me and I still remember it five years later - every time I step into a shoe shop, I take note of (and sometimes even buy) the Superga brand!

So what are brands to do? Marketers are paying good money to get people to see their ads and can't afford to have consumers ignoring them. One way is of course to buy the consumers attention, for example FNB with their Steve radio campaign. They became the biggest spenders on radio and bought so much frequency that you couldn't turn the radio on without hearing at least two Steve ads. But unfortunately many brands just don’t have the luxury of doing a Steve.

Budgets are increasingly coming under pressure and agencies in turn are being tasked to find new ways of breaking through, without spending more. We need to spend smarter, not more. We need to find the gaps in order to be seen and heard. As a result advertisers are turning more and more to new technology such as programmatic buying to ensure more effective targeting, making sure that we put our ads in front of the right consumer at the right time.

This is all very well and good, but the truth of the matter is this…you can have the best media plan, talking to exactly the right person, at the right time…but if the message you put in from of them doesn’t speak to the person in a personal, entertaining, engaging and relevant way, it all comes to nought!

Today's marketing paradigm is all about content! Brands can no longer afford to just be advertisers, shouting at consumers. They need to start seeing themselves as content producers; creating content that engages with consumers, relevantly. If we want the consumer to give up his precious time to pay attention to us, we need to reward him for that time - we need to entertain him. We need to tell him something that will change his life. In a nutshell we need to become the thing that he is interested in. Howard Luck Gossage - ranked by AdAge at no. 23 of the top 100 most influential ad people of the 20th century - once said, "The real fact of the matter is that nobody reads ads. People read what interests them, and sometimes it is an ad".

I was at the Nedbank Digital Edge last week, and the entire narrative of the day was about "Storytelling". Good, relevant, meaningful content is crucial if you wish to make a connection with your consumer…and yes, even a 30 second ad is a piece of content. Why do people love to watch Nandos ads? Why do we remember them and talk about them? Because they are funny, they are engaging, they challenge the convention. In short - they entertain us and so we will gladly watch them. Time and again. And we will talk about them - months and sometimes even years after they have flighted. Nandos ads are good content!

I close with a case study that truly demonstrates the awesome power of having the right content that people wish to engage with…in late 2013 a Vietnamese developer, Nguyen Ha Dong, created a game for iOS and Android called Flappy Bird. It was a ridiculous game where you navigated a little bird across your cellphone screen, dodging objects by tapping on the screen. The faster you tapped, the higher the bird flew allowing you to fly over trees and buildings. The slower you tapped, the lower he flew, enabling you to navigate under clouds. This game became an overnight phenomenon.

By January of 2014 it reached number one on the App Store in over 50 different countries. It was downloaded more than 50 million times. It was tweeted about nearly 16 million times. It spawned countless clones, and at the height of its success, Flappy Bird was generating over $50,000 of advertising revenue PER DAY!

Then on the 10th of February (a black letter day in anyone's book), Nguyen decided to pull the game from the App Store due to guilt over what he considered to be its addictive nature. That is when the world went ballistic! People were inconsolable. Some people who had already downloaded the game onto their iPhones were selling them on eBay for $1,500 or more (there are even reports that one guy received bids as high as $90,000! The veracity of this is yet to be proven).

So what does this tell us? It tells that good content is defined by the consumer, and they will engage (and then some) with stuff that they find adds value to their lives. All good content has three things in common…it is relevant, it is engaging, it is entertaining!

It is our job as advertisers and marketers to understand our consumers, to use insights to drive real decisions, to give our consumers what they want. The time of shouting at consumers is over. The time to engage with them has arrived!