Is SWOT analysis taking a leap?

Published on Friday, 21 February 2014 by Sandra Burger in Marketing 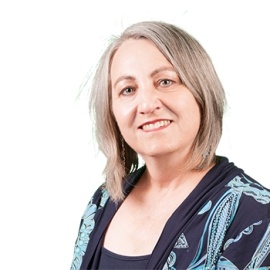 *Based on a McKinsey article The Strength, which can be found at: http://www.mckinsey.com/insights/high_tech_telecoms_internet/the_strength_of_weak_signals

Traditional SWOT analyses could possibly be leaping forward with limited time and newer ways of getting to the bottom of a solution, but has it really changed that much from fifteen years ago?

In the McKinsey article, Martin Harrysson argues that digital has weak signals or snippets to offer regarding communication noise, or clutter / peripheral brand chatter, which we as marketers might have missed in the past due to limited technology. It seems though that communication noise is becoming increasingly valuable to mine for SWOT clues. Most of the time, these are not in-your-face signals, and with companies giving them more attention, there could be snippets of importance discovered by data analysts or employees.

The fact of the matter is that S (Strengths), W (Weaknesses), O (Opportunities) and T (Threats) may still be an emotive topic. In the past, SWOT’s were sometimes hard to discover and took a lot of number crunching and deliberation before significant bits of information were unearthed or even implemented.

Harrysson's argument is that companies are just beginning to recognise and capture the value of social media…internationally it seems. Yes, we can argue that social media has brought us to confront these snippets quicker and definitely more regularly than in the past, but I also want to make an argument for the fact that it has somehow become easier to find the SWOT’s now as opposed to the past where business analytics might have been "slower" and more cumbersome.

Thanks to social media and its fluidity, it is somewhat easier to show decision makers the influx and the result of not noticing, or noticing, these signals much faster and with (I suppose) better substantiation.

It is clear that the days where marketing overviews happened every quarter at best with elaborate SWOT sessions for the future, are over. But let us agree that the pace of life has sped up. Einstein proved that the closer an object comes to the speed of light the slower time passes. http://beforeitsnews.com/blogging-citizen-journalism/2013/04/is-time-speeding-up-2446594.html The writer argues: "So, if Einstein’s theory is correct, then the opposite must be true; if our speed decreases, time will speed up! Researcher Greg Braden says that that is exactly what is happening. The rotation of the Earth is slowing down, and time is speeding up."

So there you have it: Social media has sped up our world, and therefore we have less time to research and find SWOT information the traditional way. The fact of the matter is however, that we're finding more information much quicker… This is because there is a myriad of people constantly roaming social networks. So information is supplied and digested much quicker and possibly also more efficiently - sometimes not intentionally...

Consumers have a deep understanding of business, products and marketing. They're buying and using brands daily, but more importantly, they're recommending them via their social hubs. Examples are the Nando's ads that spread virally like wildfire through social media and by WOM (word of mouth).

Research findings are evidently available much quicker than in the past and to many more people than ever anticipated - thus supplying the marketer with a robust sample size. By the way: Nando’s social ads are analysed and based on this, we know that Nando's is good at following up all messages, but so too are many other brands. The problem is that these become a social data analysts' domain to react to messages and not delve into those salient clues that could bring deeper insight of the brand or what customers really want or would like to experience. The take-out is that great ideas are not always borne in boardrooms or think-tank’s, but could far more likely come from little electronic devices.

This brings me to the same topic, but from a different angle: Did you know that wolves changed the flow of the river in Yellow Stone National Park? Much as the introduction of social platforms influenced humankind, it was found that wolves, which were re-introduced to the National Park some time ago, influenced the distribution concentrations of other animals and plants, resulting in the river altering its flow based on new growth of the vegetation.

I'm thus also arguing that a so-called weak social media signal (such as in the case of the wolves), can still have a profound effect on a brands’ marketing efforts. Clues are not always direct, but indirect. They can sometimes be auditory (talk radio programmes are a good example).

Intangible social platforms such as Pintrest have however brought marketers a great visual effect by sharing product perceptions long before any ATL media can reach its target audience. (Yes at a very small scale - which is why some large clients reckon it’s not worth mining these clues or they only mine Facebook internationally and not locally.) The argument is that by becoming a social "listener" and mapping signals with people who have a good understanding of brands and business can become a valuable source of “what’s next” in the SWOT.

Being connected and keeping the proverbial antennae erect will enhance new brand skews/extensions, says Harryson and we agree. Surely "first" information often leads to innovation and being first to market gives the brand that edge or gap we're all looking for.

The article also refers to childcare options and the wealth of information that can be shared via social media… also across various other markets I would argue. It is evident that we’re moving into being a SHARING community. How much more apt could the sharing of a lift be via a tweet or a dinner for a busy executive than with a willing selection of families or individuals?

Recommendations and sharing of information about willing people has sparked such an idea in the UK, where busy execs that do not have to cook or wash up after a hard day in the office, can by simple selection, have a healthy home cooked meal alternative to restaurant dining, with the added advantage of increased business and social networking possibilities of course. I’m in for such a luxury… swO(opportunity)t indeed? But what is the benefit to the company or brand? This is ambassadorship at its best without even paying a cent for advertising.

I support Harrysson's argument that the role of managers could be changing to find data patterns and clusters. Managers and employees might have to be afforded more time and opportunity (initially) to surf social media platforms - especially where there are no written words but pictures / pictograms. Soon marketers will speed up in the volume and quality of the content they’re looking for, or not looking for, but to which their brands are exposed to. Nordstrom has not only "spotted" pictures with opportunities, but have also posted popular items on Pintrest with items in their retail offerings.

TomTom has discovered by mining social conversations, that the "always on" connection was an issue for the brand. One wonders when the SA mobile providers are going to catch on to these social media benefits (or even open forum discussions) and realise that data only is not always the issue, but sustainable connection is - especially to cash strapped South Africans who cannot afford to drop a call and phone again. This is essentially what I believe the author is arguing for because a lack of tracking customer engagements is an unwise decision by organisations (and marketers).

I believe that there is in fact more to SWOT now than we could have imagined a decade ago.

(Interested to know about the impact of the wolves? Visit http://bit.ly/1bEvyVs)