I have R50K left in my budget, let me try some Facebook.

Published on Tuesday, 18 February 2014 by Richard Lord in Marketing 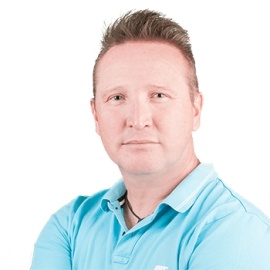 It has always baffled me why everybody in our industry treats digital as this mystical thing that sits on the periphery of media. Sure, cognitively, clients, creative and media people alike understand that we should be using it, but they don’t really know why or what for, and they certainly don’t know how much budget should be allocated to it.

As an aside, in my experience, I believe half the problem lies with creative agencies not understanding the medium properly and not being able to design creative that uses the medium for what it is best at, but I digress (perhaps an article for another day)...

So why is digital separated out of the mix? How should digital be treated?

First, before I attempt to answer that question, perhaps a little bit about me and my background to provide context for what I am saying. I have been in the media industry for just shy of 20 years now (Wow! That makes me sound really old! I'm not, I just started young). I have worked on multiple clients, categories, agencies, countries and across multiple media types. I believe that I know a thing or two about ‘traditional’ media. I also know a lot about digital. I have always been passionate about tech and all things digital. I am an early adopter. I have six iPads, have owned every iteration of the iPhone, have more gadgets than I can count and have been on the internet right from the very beginning - even using Beltel on my Commodore 64 as a kid via a dial-up modem that you plugged the telephone receiver into. So when the opportunity to head up digital at The MediaShop came along, I jumped at it because it gave me the opportunity to find a way to finally bridge the divide between "traditional" and "digital" media.

For me - TV, radio, digital, print are all just media that people consume, based on their need state for relevant news, information, entertainment or whatever. So why should we treat digital any differently to other media? The short answer, we shouldn't! The journey should start with the consumer. All media (including digital) should be looked at holistically and the decision as to what to include in the media mix should be based on sound, age old, media selection principles.

This is how we decide to use TV or radio or print, so why not digital too? I find it bizarre that after all of the data has been analysed, and optimal GRP levels have been determined at the most effective cost per point, and we've got the perfect mix of TV and newspapers - we find that we have R50,000 left over in the budget. At this point some bright spark says, "Hey, let’s give it to digital. Maybe we should do some Facebook". The vicious circle starts - and we are surprised when it doesn’t really work, so we never allocate the budgets to digital that it actually deserves!

Why do we do this? Because we don't understand digital. Digital people haven't done themselves any favours in helping traditional people to understand the medium. They speak a different language - mostly a three letter acronym language (I'll give R5,000 to the first person who can correctly tell me what MPU, CPF, FTP, CPM, CPA, ECPM, ANC all mean). They also sit in separate teams, divisions and agencies. They have made no effort to try and demystify digital, to make it more accessible and more easily understood. They themselves don't understand where digital fits into the overall media mix or what digital's role is. They shake their heads and smile condescendingly when anyone dares to ask a "silly" question - and so the traditional people step back, absolve themselves of all responsibility and just let the digital guys get on with it and throw them a few scraps every now and then.

But is digital a fully-fledged medium in its own right? In media, when in doubt, what do the numbers say?

Am I saying that digital is better than, and should replace, any of these traditional media channels? No, of course not. I am simply saying that digital media is a force to be reckoned with within the South African media landscape (against all sectors of the market, not just the top end). We need to get to the point where just as FM, Business Day and Finweek are the first things we think of when targeting a business audience, or if we are trying to sell rock concert tickets to 16-24 year olds 5FM and Metro are considered, Facebook and Twitter are thought of in the same vein.

Digital media needs to be treated with far more strategic intent than "I have R50k left in my budget, let's try some Facebook".