Audiences are more than just statistics…

Published on Tuesday, 10 November 2015 by Aubrey Mdlalose in Marketing 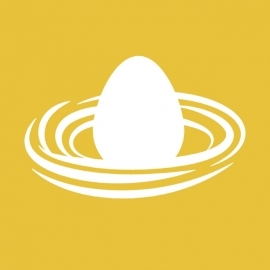 Often we get told by analysts that, for example, Serena Williams is more likely to win the grand slam over Maria Sharapova, or Roger Federer over a Novak Djokovic. We're told that we will go into a recession in the next few years, or maybe that the world will end after a few decades or centuries. But Maria Sharapova has in fact beaten Serena Williams and Novak Djokovic is currently the world’s number one male tennis player.

Even during the 2008 recession KFC still sold some chicken! Plus, I wouldn't be writing this newsletter if the world ended in the new millennium as predicted!

Statistics are there merely as a forecast to help us adjust our businesses to withstand what's predicted, but sometimes the weather-man gets it all wrong. Just ask any Orlando Pirates and Kaizer Chiefs fan how many times soccer analysts have incorrectly predicted the outcome of the derby.

This could be the case with LSM's as well, where individuals are grouped together on the basis of what they own and not the quality of lives they live. Certainly this is somewhat incorrect, at least because in my experience I have seen a GOLF 7 GTI parked outside a shack in Snake Park Soweto. That's pretty odd considering it's defined as an LSM 1 area!

So these analytics ignore possibility, and simply apply a linear way of looking at data. They validate their assumptions based on previous performances or experience. Similarly, media almost takes a similar route in analysing consumption, and always arrives to at the same conclusion. If that wasn’t the case, then advertising briefs would be different in the sense that they wouldn’t expect the same old, prime time or drive time spots.

The wave of change is, and will come from, quality audiences who select media/entertainment or consume media based on content and not by circumstance or default. Generations for instance, may not have had such a massive audience if those that watch it had more than one TV set, and a plethora of channels to choose from.

With the introduction of Netflix and PVR, more and more splintered audiences will emerge, and the traditional way of looking at audiences or consumers will have to change. The hunger for quality programming has become more important than ever because individuals want to own content, not only because it’s entertaining, but because of the education factor.

Viewers don't behave like sponges and will become even more selective of the type of content they consume. This is evident with the rise of online media consumption, as increasingly people are looking for alternatives.

The wave of change will come from smaller, quality audiences being available. We also cannot ignore the value of content based advertising, and remember, content based advertising is not lust product placement! It‘s understanding the content or quality of the programme being consumed, and the value inherent in it to viewers. This will in turn, tap into the thinking pattern of its viewers. So instead of boxing your target market into Black, LSM 4-6 female, let’s rather try and understand what it is that drives them to the content.

For example, those that watch Suits are seen as thought leaders, pioneers, challengers of convention, and success driven - and NOT male LSM 8-10.

The idea then is not to just place ads, at the right time, to the correct audience and on the correct platforms. It is combining the above, with the relevant content and understanding the psychographics of whom ever you want to speak to.

Now, what should clients be doing to prepare themselves for the change, you ask? My answer is simple. Look within your organisations and find values, missions or visions and personify them. Brand personification is crucial because it enables the brand to tell a story - not only for the consumers to understand but also to relate to and identify with. In this way we forge the connection between brand and consumer on an emotional level too.

Whether your brand is transformational or informational there are values, attitudes and beliefs that you share with your consumers.

Some may argue that it could be expensive to generate and produce such content. But hey, the wave of change has started already in the form of short video content on online platforms. Remember that these, and podcasts, allows access to narrowcast, quality audiences. Just because Caracara was the most downloaded song and viewed song, doesn’t mean we should all have banners around the content! Rather understand what the song means to the consumer, and why a CARACARA over a SIYAYA… know what I mean?