Published on Thursday, 04 March 2021 by Kgavgelo Masenya in Marketing 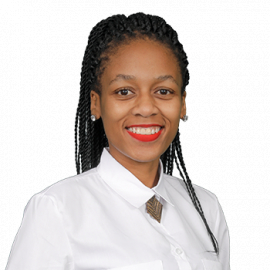 I recently came across a headline that stopped me in my scrolling tracks: “Twitter considering subscription service”. Now this is not completely unexpected, we saw it with Google as they introduced YouTube Premium. But if you’re anything like me, the question is what could they offer that would make me spend my hard-earned money on tweets and also, where will it leave our advertising audience?

Admittedly I am quite passive when it comes to Twitter, occasionally logging on just to stay in touch with what’s happening. But for many users, it’s more than an occasional visit -especially in times of a pandemic. Twitter is used as a source of information, a platform to share thoughts, an avenue to promote businesses, a means of raising awareness on crucial issues and ultimately, a way to build a community of likeminded people to vent and discuss life with. All without borders and within 280 characters. It has become an integral part of everyday life for consumers and a cost-effective means for brands to reach these users.

This Twitter subscription model which is still being fine-tuned as reported in a BusinessTech article, will come with some premium features. For instance, a tweet deck, tipping feature and possibly that all important edit/undo button. For content creators and even some brands these will be welcomed features as it would allow followers to directly tip them for exclusive content. But what does this mean from a social buy and targeted advertising perspective? The platform makes it quite clear that the ultimate purpose of exploring subscription is to minimise Twitter’s reliance on advertising revenue which could mean an impact on advertising objectives for us folk in the media industry.

Digital is the future it’s been said and from a global perspective, we know Twitter is among the top-ranking mobile apps available (partially because it’s free). When we bring it home to South Africa, we’re looking at an audience of 2.3 million users who can be reached with adverts on Twitter alone. If the platform launches an ads-free subscription option, what happens to that number? 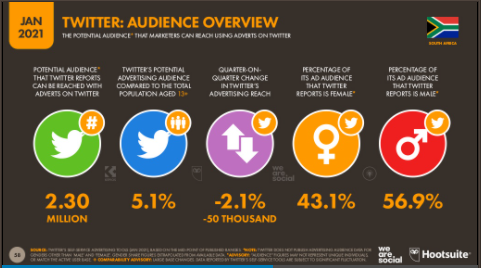 Will this accelerate the need for influencer marketing and alter our buckets of look-alike programmatic buys? Research shows that consumers are willing to pay a little extra for the convenience of not being disturbed by ads so what will targeted advertising look like when there is a portion of users we can’t promote to?

I guess we’ll have to wait and see.