Published on Tuesday, 31 March 2020 by Lukhanyo Bushwana in Marketing 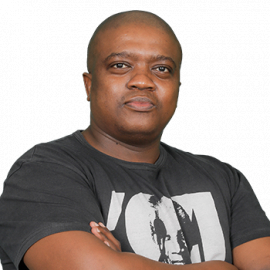 Any global pandemic is bound to cause distress and uncertainty, causing people to be socially isolated, limiting their exposure on certain mediums and increasing consumption on others. As the old adage goes “one man's loss is another man's gain”.

According to Nielsen, staying put in our homes can lead to an increase of almost 60% in the amount of content we watch, obviously depending on an individual’s area of interest. So it’s not all doom and gloom, brands still have an opportunity to drive relevant communication to a somewhat “captive audience”.

History shows that in times of crisis and events like snowstorms, hurricanes or global pandemics, we increase media consumption to stay informed, kill time, find solace and stay in touch with others. For insight into how consumers adjust during crisis situations, Nielsen analysed total TV Usage (TUT) data during two major crises in recent history: during Hurricane Harvey in 2017 and during a major snowstorm in January 2016. Not surprisingly, TUT levels increased significantly during both occasions.

In August 2017, Hurricane Harvey hit Houston, Texas (USA) and during the impacted period, a Nielsen analysis of that market found a 56% increase in TUT use compared with the preceding period and 40% higher than the period following the storm. See diagram below: 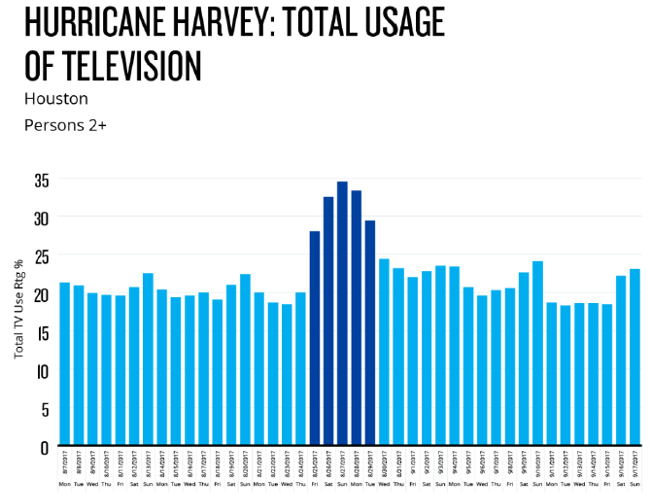 The same trend occurred over the weekend of January 23 2016 when a severe snowstorm dropped more than two feet of snow in New York City causing a near halt in market activities. Comparing the Saturday of the snow event to the prior Saturday in the New York market, TUT usage was 45% higher. See diagram below: 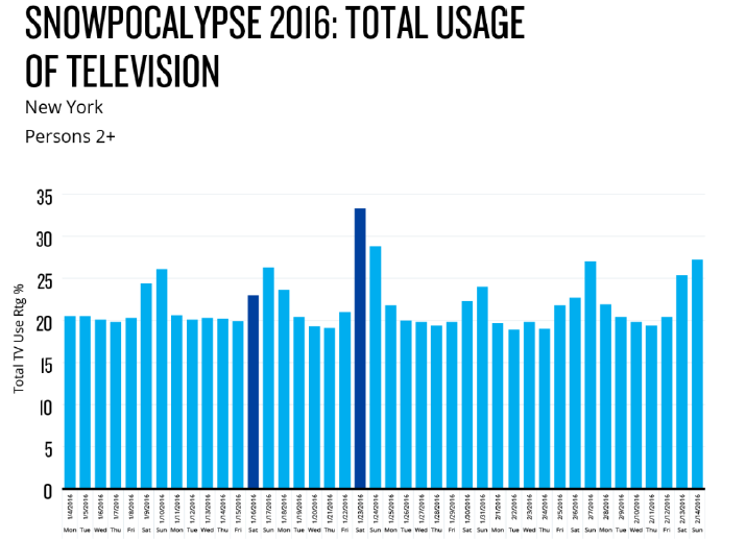 Even recently in South Korea there was an increase in television viewing in the weeks after the first reporting of COVID-19 in early February. When comparing TV usage levels from the second week of February to the fourth week, the analysis noted a 17% increase in TV viewing, equating to approximately 1.2 million viewers. During that same interval in 2019, it was a mere 1%. See diagram below: 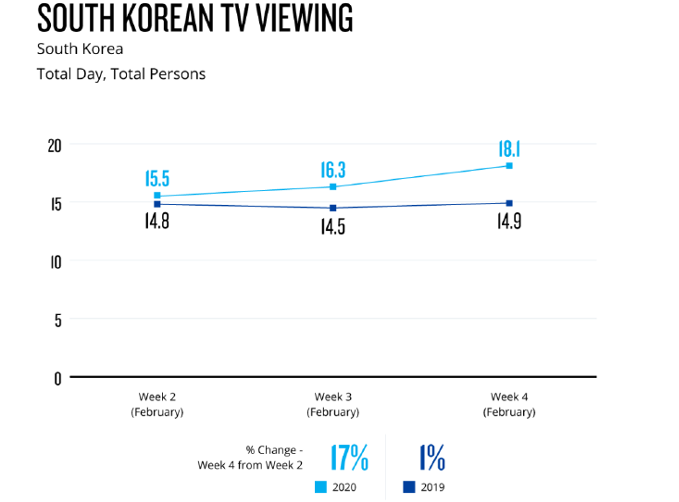 It’s obvious that other channels like OOH, cinema and print won’t be as lucky as broadcast and digital channels, because most countries have initiated lockdown strategies. South African government has followed suit, limiting outdoor activities and in turn limiting OOH advertising exposure and cinema visits that will impact how campaign media strategies are written and implemented…interesting times.

So how will Brands respond?

Mark Ritson recommends that brands need Think Long, not Short. He says:
“If there is one major marketing challenging now facing most big brands it is what to do with their newly slashed marketing budget. If you’ve just lost half of it, the temptation is to dump it all into shorter-term performance marketing and sales promotions.”

That would be an error. No amount of hot deals and clever sales activation can stimulate a market that is currently terrified, locked inside their homes and unsure of their future.

Confronted with a 50% cut in marketing budgets, the smarter play is to actually focus more of it on the longer-term brand-building mission. Performance marketing is going to underperform in the current market conditions.

This virus, too, shall pass. At some point consumers will return to the streets, the cafes and the various other activities that they have been denied during the dark days ahead. Keep the brand’s light burning, because the cost of snuffing it out for the rest of 2020 and then trying to reignite it next year is gigantic.