Published on Thursday, 26 March 2020 by Jenna Malcolm in Marketing 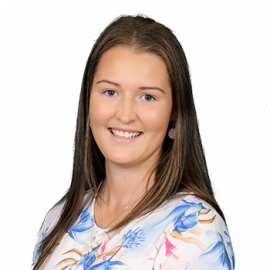 Evening viewing usually goes something like this: “Let’s binge on YouTube”… Ad is served
Ad finishes… we’re hit with another ad
That ad finishes, SURPRISE… we get hit with another one straight after that…
Finally… I can binge.

Hold up… don’t get ahead of yourself. There’s more. Here comes an in-stream ad.

I think you understand what I am getting at here. Now that all the ads and mid-rolls are finished you’ve basically managed to get through all the small commercial breaks. It’s not ideal right? So why has YouTube decided to go this route?

In November 2018 YouTube started testing something called “Ad Pods”, which is becoming the standard, where two ads are stacked back to back (pre-rolls, mid-rolls as well as post-rolls) while still giving viewers the option to skip directly to the content if it’s not the right ad for them (MarketingLand, 2018).

While watching YouTube on TV screens users are no longer interrupted four times throughout a long format video, instead they are now seeing two ads at the beginning of the video. Simply put, YouTube wants to replicate TV like experiences for its viewers. It’s important to note that YouTube Premium, which is ad-free, is only available in select countries. So unless you are going to install ad blockers then there is really no getting away from this (TheNextWeb, 2018).

Ad Pods came after research was conducted reflecting how YouTube usage is changing; users are not only watching longer format videos but they are increasingly more likely to watch YouTube on their TV. The research also shows that viewers are sensitive to the duration of the ads as well as the frequency at which they were being served the ads. Fewer interruptions correlated with better user metrics, less abandonment of content and higher rates of ad viewing. People were no longer losing interest in videos they were watching or closing YouTube because they were served the ad before the long format video.

So why does this solution make it better for users as well as advertisers?

When users are exposed to two ads in a break they are less likely to be exposed to an ad in the same video later on. From the research conducted by Google “results also show an 8-11% increase in unique reach and a 5-10% increase in frequency for advertisers, with no impact to Brand Lift metrics…” Google also believes that by stacking ads in this format interruption can be reduced by up to 40% per session which results in boosts for content creators and advertisers as YouTube aims to give the best experience for viewers while maintaining ad space for revenue. According to Debbie Weinstein, VP of YouTube and video global solutions, “Users really like them. They prefer to be interrupted fewer times.” (Weinstein, 2018).

Personally, I prefer this new way of advertising for exactly the abovementioned reasons. Now when I watch YouTube videos I am able to watch the full video without any further interruptions apart from the two in the beginning.