Published on Tuesday, 27 August 2019 by Prince Ndlovu in Marketing 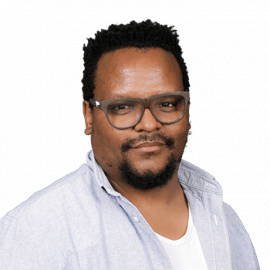 As a media strategist, typically when receiving a brief you’ll see focus areas defined as Johannesburg, Durban and Cape Town. Next is a proposed budget you can work with which allows the creative media juices to start flowing on what platforms to use, like for example, which OOH sites, which regional station has the highest reach within your target market, what channels, shows and packages on Pay TV can we focus on. The list of available media is endless when the area you’re focusing on is metropolitan, with bigger populations that have easier access to brands.

But what happens when the brief delves into the Lowveld areas such as Nelspruit, White River, Lydenburg, Baberton and Hazyview? That’s when media gets really interesting. How do you target an area with a small population that lives a very subtle lifestyle but still believes in the spirit of Ubuntu? Recently, I was tasked to do a three-month campaign for one of my clients in the Nelspruit region. It was a pilot campaign to see if the product would generate interest in a small suburban area with a low budget.

After the research, the team and I proposed utilising OOH platforms like street poles and Citilites, combined with digital. After three months, we sat down with the clients and looked at its performance. But to put it mildly, the campaign didn’t even take off the runway. However, the client (and us) believed in the product and decided to give it another try.

We started looking more closely at the Nelspruit area and how the residents behaved in certain situations. We started noting the following key points, common in a lot of small towns:

The Spirit of Ubuntu

As an 80’s baby, we grew up with the saying, “it takes a village to raise a child”. This is still common in areas like the Lowveld and other small towns in and around South Africa. Everyone knows and respects one other and word of mouth goes a long way as a form of credibility and reference.

Local events such as music concerts, school sports and community gatherings bring people together. Everyone shows up for each other and supports their own. If a brand wants to be part of these events however, it needs to provide the community with value that also empowers the area.

Word gets around quickly in a small community. Using the right influential individual/s in these communities goes a long way in assisting a brand to reach the right people at the right time.

People in small towns are loyal to their media platforms. They use these to guide them on what’s happening in and around their areas as these platforms are very involved in the communities they represent. A brand should always find a way to integrate themselves into these platforms so that they can be seen as part of the community.

While there is always a place for traditional media when communicating to the “Out-of-Towners”, it’s important to realise that every local community has its own intricacies, loves, fears and the manner in which they operate on a daily basis. It’s using these local insights that make for a much better experience which in turn becomes an excellent communication strategy.