The impact of corruption on your media rand

Published on Tuesday, 09 April 2019 by Chris Botha in Marketing 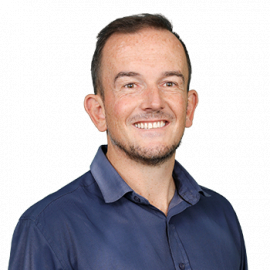 Carl Sagan once said: "One of the saddest lessons of history is this: If we've been bamboozled long enough, we tend to reject any evidence of the bamboozle. We're no longer interested in finding out the truth. The bamboozle has captured us. It's simply too painful to acknowledge, even to ourselves that we've been taken. Once you give a charlatan power over you, you almost never get it back."

I am sure like everybody else, you have been reading about the massive corruption being unearthed by the various investigative bodies and journalists in our country. Just this past week the Zondo Commission was in full cry, and Pieter Louis Myburgh released his book on Ace Magashule. The numbers are astronomical. Depending on who you believe - South Africa has lost R30-R300 billion per year because of corrupt practises. Horrifying.

But for me the bigger loss is the loss of opportunity.

The past eight years have been described as the "forgotten years" or the "lost years". This phrase really hurts my heart because it is so true. R30 billion across eight years is R240 billion that could have solved so many of our country's ills. Imagine that sort of investment in youth education, housing or the medical field.

But Chris, you are a media guy, what's this got to do with anything. Well, everything I would postulate.

The impact on advertising investment: firstly, while the world markets are all ticking up, our markets continue to tick down. Business confidence and performance has a direct link on ad spend. Net effect is a direct impact on advertising investment. I have had numerous discussions with South Africa's biggest media owners, all of whom without exception stating that this is the hardest economic climate they have ever traded in. In years gone by the adage "flat is the new up" was jokingly bandied about. Now it is cried out in desperation and frustration.

Only the strong, nimble, agile and intelligent will survive. The end is nowhere in sight. Buckle up boys and girls, this ain't getting better any time soon.

Electricity supply and your TV ratings: Britta Reid recently wrote an excellent article on the impact of load shedding on TV ratings. The numbers are scary. In heavy load shedding weeks, up to 35% of audiences are lost. As with the overall corruption problem, that is also a lost opportunity. An opportunity that businesses would have had to sell more products, make more money, and invest in our country. TV stations have for the most part dug in their heels when it comes to compensation (rightly or wrongly). But lower ratings will no doubt impact them down the line as rate setting and projecting will become even more of a gamble.

Are your magazines reaching their readers? Many magazines use the South African Post Office to deliver to their most loyal readers, their subscribers. Advertisers gladly pay for their ads assuming that it lands in every hand promised at the right time. Well, considering the challenges at SAPO that is no longer a straight guarantee. Some magazines probably arrive months later due to the inefficiencies. Opportunity lost once again…

The challenge with corruption is that it permeates and impacts every fibre of our business. Whether it's ratings on TV, magazines (or lack thereof) in the hands of consumers, illegal billboards, fake news stories being broadcast, or real news stories not being broadcast – there is no getting around it. Corruption has a deep impact on what we do every day.

President Ramaphosa has a massive task ahead of him. He will need time, backing, investment, and a brave soul to turn this country around. Most importantly, this is not a problem solely solved by government. Government simply can't. Private enterprise and big business needs to jump in. It affects all of us.

One has to believe that it is not all doom and gloom going forward. As an industry we are a collective of creative genius! We are diverse, and inspired. 2019 should be the year where we launch new agencies (like Meta Media), where we inspire our staff, where we lift up the youth in our industry. Where media owners need to help build our nation through education and inspiration. We have access to the whole country through our platforms. So let's get our hands dirty. Bring on the 8th of May.