Published on Monday, 18 March 2019 by Lorraine Gwewera in Marketing 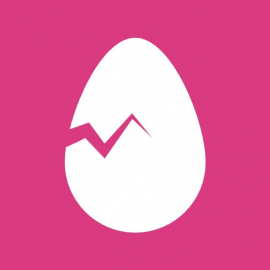 In the wake of International Women’s Day, I found myself thinking about where we as the media industry stand when it comes to feminism. I decided it was a chance for us to celebrate some of the female trailblazers within the media space.

Women have come a long way and we clap hands to trail blazers such as Patty Jenkins, the only female director to direct a film with a budget of over $150 million. Patty directed both Monsterand Wonder Woman and is also set to direct Wonder Woman 1984. We love a movie with a strong female lead, and that gives Generation Z a balanced idea of superhero’s whether they’re male or female.

Ava DuVernay who produced Queen, Sugar, The Red Line, Oscar-nominated documentary 13th and Central Park Five is one of the leading lights in the media industry. She is a brilliantly talented writer, producer, director and entrepreneur who just signed a $100m TV deal with Warner Brothers. She will create various projects for the studio including documentaries, digital content, drama, comedy, long form, and an event series - we can’t wait to watch it all.

On the other hand, Shonda Rhimes is the first African-American female producer of a top 10 network show, the creator of Grey’s Anatomy, Private Practice, Scandal aka The Fixer and How to Get Away with Murder. We love her ground-breaking and audacious shows because they are centered on tough female leads that live boldly and speak their minds. I personally have been following them for over a decade now. Shonda also wrote a book, The Year of Yes, an instant new York Times bestseller which got introverts all over the world challenging themselves to just say yes to uncomfortable challenges that were beneficial to their self growth and their careers.

So basically she is teaching us not to use being a woman or an introvert as an excuse to not accomplish what we want in life, but instead to embrace life and all the opportunities that come along. Shonda recently signed a $150m deal with Netflix. We love all her previous shows and we’re definitely looking forward to everything she has lined up with Netflix!

Kylie Jenner is a reality television personality, model, entrepreneur, socialite, and social media personality. She is also the youngest ever self-made billionaire at 21, reaching a ten-figure fortune at a younger age than even Mark Zuckerberg (who was 23 when he hit that mark). Kylie Cosmetics was founded and is owned by Kylie Jenner, it started off as a simple lip kit idea that has now spawned into a billion-dollar company. I love how she minimises on overheads but takes advantage of new age technology using Shopify. She outsources manufacturing, uses celebrity endorsement (her own), communicates to consumers on social media where she has a powerful presence (128 million followers on Instagram) which she can easily convert to customers…and she is always sold out! I hope you are taking notes!

When I saw the new Nike Ad “Dream Crazier” with Serena Williams narrating, it gave me goosebumps! it was that amazing and resonated with many people globally which is why it’s been trending since its debut at the Oscars. It is inspirational, encouraging women to show the world their crazy while showcasing athletes globally that have broken the glass ceiling. It also features our very own Castor Semenya just as it says,” When we’re too good, there’s something wrong with us”. It’s very strategic for Nike to leverage something so topical and use its brand as a voice for women to express and motivate themselves – no one could’ve done it better.

Taking it local, we are proud of Connie Ferguson who we all fell in love with on our screens as Karabo on Generations, who then moved on to create Rockville, Igazi, The Gift, The Queen, The Imposter, Unmarried and The Throne under Ferguson films with hubby Shona Ferguson. She is an icon and we are definitely glued to all her shows on Mzansi Magic. She has greatly contributed to ‘making local great again. The content is second to none raising topical issues such as rape and how it is misinterpreted in society. The content is also highly engaging and advocates for multi-screen behaviour (hello black Twitter), and to top it off the ratings are off the charts!

We really do have a lot to celebrate and hope we will have more as additional women rise to the occasion, a balanced world is a better world. As Serena said, “… So if they want to call you crazy, fine. Show them what crazy can do.” It’s time to show your crazy #wink