The Frog in the Pot

Published on Tuesday, 11 December 2018 by Chris Botha in Marketing 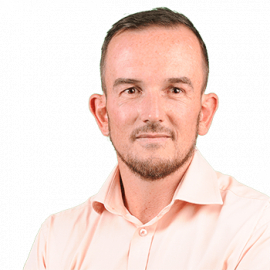 Chris Botha, Group Managing Director of Park Advertising says that the advertising industry is remaining stagnant in some areas and that this will negatively impact us all

A famously made meal in the beautiful country of France is “ Cuisses de Grenouilles” or Frog’s Legs. Seasoned in flour and then sautéed in butter and olive oil – it apparently tastes quite delicious. So I have only been told.

I however am a little more interested in the bit that happens before we start crumbing Kermit’s legs. The bit where he pegs, and loses his…pegs… to some French chef. Ooh la la.

So it turns out that there is a certain way you cook a frog. See, if you throw the live frog into a pot of boiling hot water, he will jump out, and the poor critter will be filled with adrenaline, leading to the normally tough meat will be even ‘tougherer’- so the way the frog is cooked is by placing him in a pot with cold water, and then putting the pot on a stove. One then gradually turns the heat up very slowly. The frog doesn’t realise the water is getting hotter and hotter until it is too late, and he ends up cooked on someone’s plate. It is the slow change that fools him, and leads to his ultimate demise.

So yes, this is what media agency people talk about today. The gory details of killing a frog.

I couldn’t help but feel though that so much of what is happening in South Africa feels much the same as a frog in a pot, with the temperature increasing each month, and no one jumping out or doing anything different.

I do feel that at this rate, we will all end up boiled and won’t know what hit us.

I have decided to use my space this quarter to chat about five things that seem to keep repeating. I have written about many of these topics before, but I do worry whether we are jumping enough to escape our inevitable fate.

I have a video I show to clients that I “borrowed” from the Internet in 2011. It talks about how we as advertising people may differentiate between online media and traditional media, but the consumer does not. Fast forward to 2018 and so many marketing and media folk still do this. We have Digital Departments and Digital Media Managers and very few true communications experts who can really walk and talk the integrated media narrative.

Wow, how many times this year have I encountered people who literally pit agency 1 versus agency 2 and PURELY make the decision based on who is cheaper? For brand experts, claiming to sell “Differentiation and Distinction” to our clients, we do a very, very poor job of it ourselves.

Platform engagement has to increase in 2019. When we run campaigns with media owners we need to spend more time together, and really explore every asset of each other’s business to make the deal mutually beneficial, and maximum impact.

As agency people we are all too often fixated with the next big idea, instead of looking for the next big solution. We need to continue to solve our client’s problems, and not be purely focused on making their ads. Sometimes an ad is the solution, but sometimes it isn’t. For now I think too many businesses make an ad the sole solution to whatever your problem is.

It’s nothing new and nothing earth shattering you might say. But isn’t that exactly the problem? That years and years later we still grapple with the same challenges and nothing changes? You will see that if you look carefully, the issues I raise are all inter linked. It requires a reset and a do over.

This has to change before the advertising industry ends up on a plate, seasoned in flour and sautéed in butter and olive oil.