Published on Friday, 10 June 2016 by Sean Sullivan in Economics 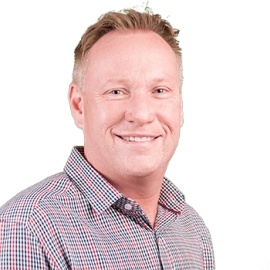 Change is a vital necessity for the progression of humanity. However, the following glimpse into the future takes change to a whole new level! I absolutely love a good science fiction movie and being transported into a future world where anything is possible. The Terminator blew my mind with its vast capabilities of synthetic intelligent machines and the terrifying prospect of machines taking over the world. But what if we were those machines?

We all know how rapidly technology is accelerating, and us mere media planners have been harping on for some time about the evolving media landscape and the impact of digital in everyone’s lives. Human beings are being pushed harder than ever by the technology of our own creation but are we equipped biologically to cope?

With the predicted exponential progress of technology in the years ahead, I don’t think we are! We simply weren’t created that way. A fundamental shift has to occur.

Ray Kurzweil, one of most progressive futurists of our time in his book “The Singularity is Near” has made the following predictions for humankind.

Let’s explore what the Singularity is exactly…

Within a quarter century, non-biological intelligence will match the range and subtlety of human intelligence. It will then soar past it because of the continuing acceleration of information-based technologies, as well as the ability of machines to instantly share their knowledge. Intelligent nanorobots will be deeply integrated in our bodies, our brains, and our environment, overcoming pollution and poverty, providing vastly extended longevity, full-immersion virtual reality incorporating all of the senses (like “The Matrix”), and vastly enhanced human intelligence.

The result will be an intimate merger between the technology creating species and the technological evolutionary process it spawned. 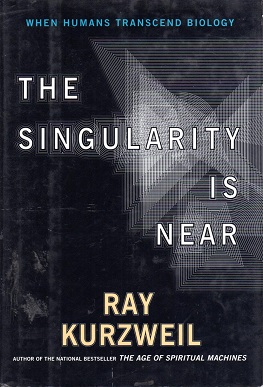 And that’s just the precursor. Non-biological intelligence will have access to its own design and will be able to improve itself in an increasingly rapid redesign cycle. We’ll get to a point where technical progress will be so fast that unenhanced human intelligence will be unable to follow it.

Kurzweil sets the date for the Singularity—representing a profound and disruptive transformation in human capability—as 2045. The non-biological intelligence created in that year will be one billion times more powerful than all human intelligence today.

To understand the principles of human intelligence we need to reverse-engineer the human brain. The spatial and temporal (time) resolution of brain scanning is also progressing at an exponential rate, roughly doubling each year, like almost everything else having to do with information. By the mid 2020s, it’s conservative to conclude that we will have effective models to measure the whole brain.

At that point, we’ll have a full understanding of the methods of the human brain. One benefit will be a deep understanding of ourselves, but the key implication is that it will expand the toolkit of techniques we can apply to create artificial intelligence.

Computer devices like cell phones and digital cameras are also accelerating in capability. Ultimately, everything of importance will be comprised essentially of information technology. With the advent of nanotechnology-based manufacturing in the 2020s, we’ll be able to use inexpensive table-top devices to manufacture on-demand just about anything from very inexpensive raw materials using information processes that will rearrange matter and energy at the molecular level.

In the book, Kurzweil talks about three great overlapping revolutions that go by the letters “GNR,” which stands for genetics, nanotechnology, and robotics. Each will provide a dramatic increase to human longevity, among other profound impacts.

So will we still be human after all these changes?

That depends on how you define human. Some observers define human based on our limitations.

Kurzweil defines us as the species that seeks, and succeeds, in going beyond our limitations.

Sounds like we’re all going to be playing a part in a science fiction movie in the not too distant future! And how will these future humans consume media? Well for one, we’ll be able to process the thousands of commercials coming at us a whole lot better. As for the form of media, your guess is as good as mine. We’ll have to stick around for the next 29 years to see if Kurzweil’s predictions are accurate.