“Digital Video – what are we really talking about?”

Published on Friday, 28 March 2014 by Andrew Dabbs in Digital 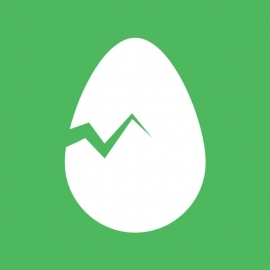 One has to ask the question. Why aren't media planners embracing yet the convergence of media? Using all the screens and opportunities to gain exposure for TV executions that costs millions to produce?

I have tried to resolve video and TV myths in this article. We've used industry averages against an LSM 8-10 demographic which roughly has a population of 8.1 million people according to AMPS. The measurement is based on learnings and averages, with creative and brand messaging playing a vital component in consumer recall of an advertisement.

Well does digital really have the reach of the market? Has it got the numbers to make us bother with it? Here the facts, YouTube reaches 4.5 million unique users a month across desktop and mobile devices! This is a reach of nearly 60% in a period of two to four weeks across our demographic of LSM 8 - 10.

But here's the real gold! The advertising mechanic on YouTube called Trueview, works on the premise of displaying the first five seconds of any given ad to every user - the user has the opportunity to skip or continue watching. The advertiser is only charged once the user reaches 30 seconds or on the completion of the video, if it’s less than 30 seconds. No 30" view - no pay!

But wait there's more. Why should brands consider YouTube?

We all know that digital video is on the rise, this is evident in the online environment growing exponentially in comparison to the traditional channels of television, radio, print and out of home.

Then TV noting has steadily decreased over the years. There is also a growing need for brands to break through the cluttered TV advertising environment which is highly competitive. A multiple platform video campaign can achieve this through the use of online video and in this case YouTube. But how can online video do this? Why are traditional media agencies scared of results and reluctant to spread client’s budgets accordingly?

In my opinion, it's partly due to the "language" barrier between traditional and digital media that has caused the fundamental breakdown in online adoption. 'Digital Specialists' who use terms and phrases such as CPV, PPC, 'incremental reach at the fraction of the cost' and ‘an infrequent television audience' don’t help the situation with confusing terminology. These terms funnily enough mean little to TV strategists, planners and even clients, and why should it? Digital has become the language of acronyms, exact cost calculations, results, impressions and clicks. Should we not be trying to communicate in the terms of reach and frequency? The accepted currency of audience to both agencies and clients?

Before I begin I would like to preface this with the acknowledgement that the audience numbers come from various sources, the noting from diverse studies, and we know we really shouldn't reaaally make any comparisons. But we have! We have attempted in all calculations to make the best use of all information, objectively, to establish some sort of meaningful comparison…..

CPM (Cost per Thousand): R120 for a five or 30 second advertisement

So what can we take out of this? At this stage it would appear that television is four times cheaper than YouTube on a like-for-like value of a five second ad. Interestingly TV is just over two times cheaper on a 30 second. But don't stop reading. There is more to this discussion...

But surely Brand recall or noting of advertising is everything?

Millwood Brown research shows us that the average noting score for ads under ten seconds in duration, amongst the developed (LSM 8-10) market, is 8.3%. So on average around 8% of people in LSM 8-10 can recall actually seeing ads with a duration of less than ten seconds. For 30 seconds the average noting score is 13.1%. So SHOWING the ad is one thing, people NOTING it is a whole different ballgame.

Now look at YouTube. It has confirmed that there is a 59% noting by those that skip an ad at any point under ten seconds and an 81% noting for those that watch 30 seconds or more according to UK statistics.

Do the maths, and YouTube is seems around four times more effective than TV with regards to users actually seeing and remembering the advertisement under ten seconds and appears six times more effective than TV noting with a 30 second advertisement (probably because the user has chosen to watch and engage with the ad). And this makes sense. The YouTube audience is captive and eyes on screen are guaranteed. Not so we all know with all TV viewers.

What we can take from this exercise? Roughly speaking, YouTube is, 99% sure, cheaper than TV in terms of people who actually noted the commercial! YouTube becomes cheaper the longer the advertisement is viewed, as the cost remains based on a 30 second rate as explained earlier, unlike Television.

We know the numbers are rough. Hell, maybe 50% wrong! Even then, clearly both YouTube and television have their role and purpose in the advertising mix. But how come YouTube gets a look in so seldom? Sure, there are many aspects that determine actual outcomes. These include targeting, adaption of creative, annotations and engagement . Nevertheless the numbers speak for themselves and hopefully with the right guidance and direction, brands can adopt a media agnostic perspective. If not, contact The MediaShop and let us help guide you in the right direction. There’s more to numbers than meets the eye!