Published on Friday, 27 September 2019 by Maggie Pronto in Digital 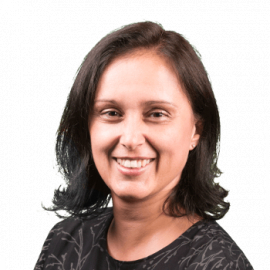 Those who know me will be very surprised that I am writing about the Rugby World Cup – sport is not my “thing”, but when this topic came up I couldn’t just kick the idea into touch so I took up the challenge.

This is the premier event for rugby around the world and South Africa is one of the most successful teams, winning two of the five Rugby World Cups (1995 & 2007) – so can we bring it home a third time?

70% of South African adults consider themselves rugby fans and globally interest in rugby is strong, so why is it that we are struggling to fill up stadiums? I mean if Cassper can fill up the Dome?

Spectator bahaviour has changed with a growing amount of supporters opting to view in-home. According to the BMI Sport Track 2017/2018 report the main contributors are: convenience (transport, food & beverages), safety as well as an uninterrupted viewing experience. 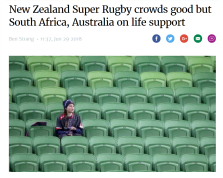 This has opened the advantage line for TV with it being the primary choice to follow the rugby.

Unfortunately though millions of South Africans will be missing out as SABC were unable to secure rights stating that it would not have been commercially viable and that it doesn’t target their audience. Leaving the field wide open for DSTV to play advantage.

Looking at the 2015 RWC performance - even though we have a big love of the game – viewership more than doubles when ou Boks are on the field! I am sure that this picture would have looked the same on SABC – even though the rugby audience is not their core audience surely they would still be behind the national team? 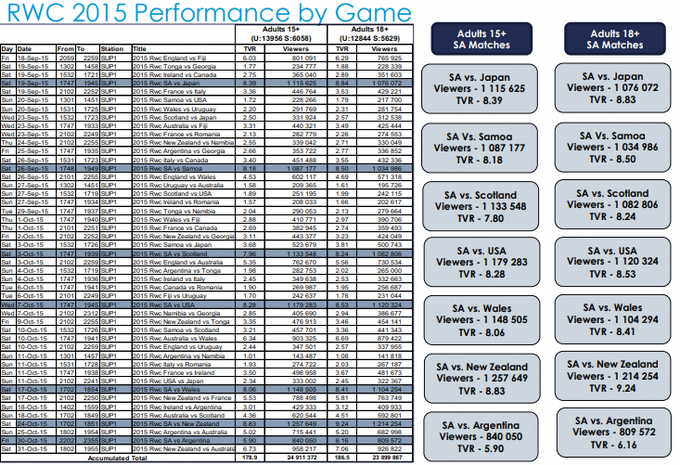 In addition, television also remains the most efficient platform for sponsors to reach and engage with rugby fans. According to caytoo 75% of RWC 2019 sponsors are finance, telecom and travel brands. This includes brands like AIG (New Zealand) and Vodafone (Ireland). 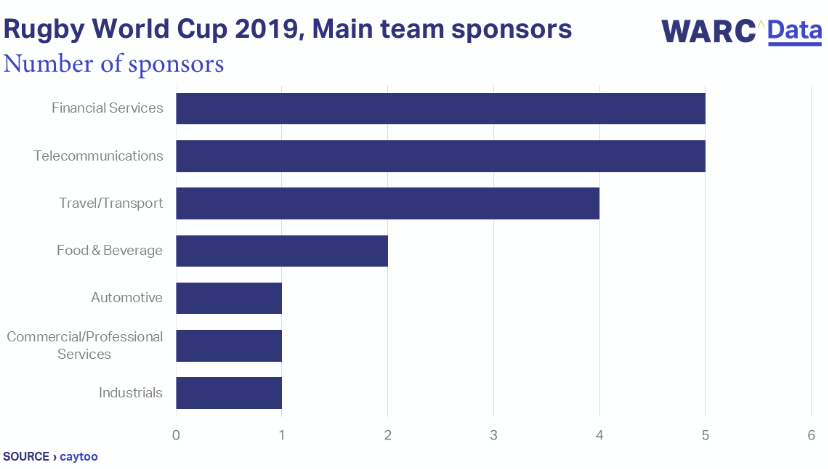 Global sponsorship investment was estimated to equal $66bn in 2018, growing quicker than other traditional media platforms. Brands like Bira91 and Coca-Cola are seeing success by activating national tournaments locally and integrating their own apps into key events.

The key is that all platforms activate together – even though the TV audience can be accounted for in terms of investment vs exposure, measuring ROI when it comes to sponsorships still remains a key concern – so you need to choose wisely.

Saturday was a very physical game – half time had a very grim outlook – we came back but NZL came back stronger. But could these two sides meet again in the Final? Let’s watch and see…