Published on Monday, 29 May 2017 by Chris Botha in Digital 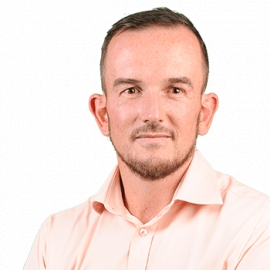 Digital monopolies and the global economies that are benefitting

The South African lexicon and news has been filled with a bunch of new phrases over the past few years. These include "monopolies", "foreign capital" and "local first" which are all "symptoms" of a consumer market kicking back against what appears to be the product of a global economy.

A global economy can be defined as large global corporates moving into any given market, undercutting local suppliers and sucking the market dry, and not adding any value back. It's very hard for local markets to compete against, and very difficult to stop.

South Africa is obviously not immune to this. We have seen big global banks, FMCG companies and mines come into our market and they are nearly impossible to compete with. Smaller local businesses get run down, and wiped out. They're simply unable to compete against a global monster that can amortise cost, and improve product output over multiple markets.

I recently saw some numbers that spoke of digital media accounting for 50% of overall adspend in the UK. The 50% share that digital takes is broken up mostly into two groups, namely, Search (Google specifically), and Social (Facebook primarily).

By some indications, Search accounts for nearly 50% of digital adspend (therefore 25% of All UK adspend), and Social in the region of 20%. So in other words, these two media owners combined, account for nearly 70% of the 50% spent on digital in the UK - or - 35% OF ALL ADSPEND IN THE UK!!

Will this number grow? You betcha.

Is it enormous right now? Yes, the UK adspend market (depending on who you believe) is currently worth £20 billion. That means Facebook and Google take nearly £7 billion in ad revenue every year.

Now this raises a few tough questions in my mind. Most of which I don't have the answer to right now (sorry). But I think if we don't tackle them now, I fear we might end up in a very awkward position in the years to come.

Let's assume that Digital grows to 25% share of total adspend in SA in the next five years, and that Search and Social take up 70% of that. That would mean Google and Facebook would take roughly 18% of the total adspend market in SA. Let's also assume our market is worth R44 billion. That would mean that nearly R8 billion in advertising revenue would go to Facebook and Google alone.

That revenue is taken away from local business. What does that do to the local media scene in South Africa? That R8 billion would have paid salaries for actors, DJ's, presenters, directors, producers and journalists. In the meantime that money is given to Monsieur's Zuckerberg, Brin and Page to make their global monsters bigger, and even more compelling.

Then there are the tax implications. Money will once again probably be filtered through Ireland, en route to Palo Alto in California and the South African Government, and more importantly, its people don't see the massive benefit at all.

If we look at the latest product offerings coming out of Facebook and Google, it's clear that they have their eyes firmly set on competing in every single sphere. Facebook Canvas is in essence a print leaflet. Video obviously competes with TV and Radio and their location based services challenge OOH.

I think the threat is clear. As these two monopolies (because that's what they are) grow stronger and stronger - we will become more and more dependent on them, and in the long run, be entirely beholden to their will.

But Chris - that is the dynamic of a free market economy, I hear you say.

Yes, I know, but there is something about it that doesn't sit right, and it worries me.

So what am I saying? Should we collectively stop advertising with Google and Facebook? Absolutely not. They have a critical role to play in the consumer engagement cycle. I do however think we need to walk with eyes wide open into a media future where the production budgets for TV shows, the monies needed to keep the printers turning, and the cash required to fund our local media scene is NOT slowly being sent abroad.

I for one don't have the answer to this one. Any suggestions?