The myths of Programmatic

Published on Monday, 01 June 2015 by Dylan Roberts in Digital 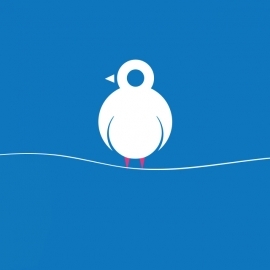 If something in media can be automated, chances are it will be. In the early days of RTB (real time bidding) we started this process with display ads but social, search, mobile and video have all since been added, and Programmatic technologies have been applied.

Programmatic video ad buying has grown by 205% since last year and, according to eMarketer, it will become a massive $2.2 billion industry in 2015. Because the programmatic video industry has become so huge it is important to know your facts.

Check out these four myths about programmatic video that media agencies and brands have put together at the BrightRoll video summit:

1. Programmatic will save you time

Media buyers might benefit from programmatic tech, but it doesn't necessarily translate into less work or that marketers and publishers have to stop talking to each other. Global media and marketing director for Electronic Arts, Christine de Martini explained that the benefits of programmatic are that it has assisted media-buyers in streamlining the media-buying process. In streamlining the process, programmatic video has increased the time they spend on data analysis. Result? Very little time actually saved!

3. You don't have to worry about bots. (An internet bot, also known as web robot, WWW robot or simply bot, is a software application that runs automated tasks over the Internet.)

Ad fraud is a real problem in the programmatic video industry. White Ops and the Association of National Advertisers have found that $6.3 billion will be wasted by marketers on ads to non-human traffic. Because of digital video's high CPMs (compared to display) it is vulnerable to some serious ad fraud.

Bots are sneaky and, because bots are so good at mimicking online human behaviour, it can be difficult to spot them. As explained by DoubleVerify’s Wayne Gatinella "bots shop, travel in the summer, they look like they're going to be buying a car. They do all the things that marketers and re-targeters want to spend money on". A bot’s life-cycle is about 72 hours, which makes it even harder to spot them on time and prevent money being wasted on ad fraud.

Just because a publisher is popular and has a good reputation, doesn't mean that it isn't affected by ad fraud. Ad fraud doesn't discriminate and all publishers are at risk. High-profile publishers still end up buying digital video inventory in the open exchange, which means they aren't immune to ad fraud.