An overview of Cannes, and a glimpse into what our industry will look like in the next decade.

Published on Tuesday, 11 August 2015 by Katharine Liese in Digital 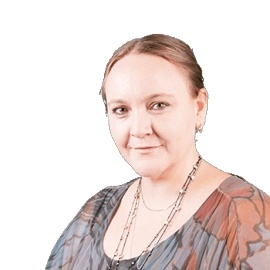 This year was the 62nd Cannes Festival of Creativity, held in Cannes, in the South of France. It attracted a record number of entries - 40 133 from around the world, hosting a staggering 13 500 delegates. Most notably in the highlights from this year's awards, was the news from Phillip Thomas, CEO of the Lions Festival, "Creative Effectiveness entries have doubled, adding yet more evidence for creativity as a business driver."

No award was given for branded content and entertainment this year. Jury president David Lubars explained that the entries which received the most ovations were the NGO and Public Service entries and are not eligible for Grand Prix awards. He went on to say that the brand work was brilliant but not quite at the same level as the NGO entries.

In 2015 Cannes elected to broadcast a selection (as voted for by the delegates) of the seminars that were held in the Grand Audi. Having been to Cannes in 2013, these seminars are seminal in terms of identifying the next wave of trends and influences in the global advertising and media market and to have access to some of these talks is truly an opportunity not to be missed. The full set of videos showcasing the broadcast seminars is available at https://www.youtube.com/channel/UCnYu7GAR8YRWQ3NWdj9umdQ

The presentation by Razorfish Global and Contagious Communications, presented a view on the intersection on marketing, consumer culture and technology. It summarised into four key provocations what the future of our industry will look like over the next decade and how this transformation will happen:

The switching economy is currently valued at $6.2 trillion and this shift is coming from consumers no longer relying on the intangibility of brands. We have more choice now - take for instance brands like www.airbnb.com where every single option for accommodation is a unique choice; comparison sites such as www.pricecheck.co.za that deliver real time comparison information and information hubs such as blogs and online reviews - WOM and online reviews are considered to be the greatest influencer of purchase decisions.

This all leads to what is called "Considered Consumption"- consumers making informed, considered and responsible decisions based on the information they harvest from the numerous touchpoints around them.

Similarly, the celebration of self - the age of the #selfie has given rise to the individual and marketing strategies have to adapt - the old adage of mass segmentation has to change and be replaced by data - which has to be used to really understand customer expectations and behaviours. The secret to connection in the future is a brand's ability to harness an insight from the data markets put out there and to capitalise on it - there is no more push communication demanding to be honoured, but consumers rather want to be part of a co-created ecosystem where they have a say and thus ultimately ascribe value.

2.In the future the unconnected world will need connecting

According to McKinsey, 1 billion new consumers will be online by 2017. While the number is huge, that still leaves 4.2 billion people unconnected. The key to transformation of our society is connecting the unconnected. The challenge is not about just connecting people, but also about ensuring there is online literacy training so that when these people do become connected they are able to use the infrastructure effectively and efficiently. There will be no one size fits all solution and as marketers it is our responsibility to think about how to create digital interfaces (not just screens) for the unconnected in a way that is not intimidating.

Creating connections cannot just be about enabling brands to push their messages on consumers, all connectivity has to add value to the consumer. Thus one of the most important drivers in connection is that it’s important to educate and enable before advertising.

3.Great brand experiences will liberate us from our screens

The team highlighted that there is a certain amount of screen apathy happening - especially within the Millennial audience - the internet of the future will have to exist beyond just a screen. The true value of the Internet of Things will be created in the future and its benefits are vast and valuable. Vitality in the US has created a tool called GlowCaps - a connected cap on tablet bottles that delivers vital information to healthcare workers and family members about the medication being taken by a patient. It can even send a message to the pharmacy to order more medication for a patient and get it delivered to their home. This kind of connected value will be what drives brands in the future.

The tool for capitalising on the potential beyond screens is that brands need to design for the human interface, not for the screen. The internet of the future will exist beyond a screen and thus brand solutions have to keep this in mind - being sensory, adaptive, intelligent and emotive in their approach. In order to generate better experiences for people, collaborations and partnerships between brands is fundamental.

4.In 10 Years Time your agency will be an Algorithm

Efficiency will drive this industry in the future. Much of the process is already becoming automated - programmatic media buying, retargeted messaging and sentiment tracking all exists today. It is expected that there will be an intent based, rather than sentiment based approach to technology and data analysis (reinforcing the idea that brand loyalty will become extinct in the future unless brands adapt to being more fulfilling rather than seductive) and that will result in move away from the seduction of advertising and a move into the fulfilment role of advertising (consumers will ask the question - what’s in it for me - more and more - and expect brands to answer it outright).

The creatives of the future will have their pulse on the emotional intelligence of the world in which consumers find themselves. What this means is that there will be new roles for people. 70-75% of the jobs in the next ten years have not yet been created. The job of the agency is to ensure that there is nimbleness in how the agency team adapts to ensure that they remain ahead of the evolution of intelligence of the consumer market to drive need and fulfilment for brands.

What all of this implies is that as organisations, individuals and brands, we need to become comfortably uncomfortable with the fact that we may not know how the future will look but that we have to have the right tools and approach and be willing to adapt and embrace change. As Henry Adams said, "Chaos often breeds life when order breeds habit."