Published on Tuesday, 02 February 2016 by Richard Lord in Digital 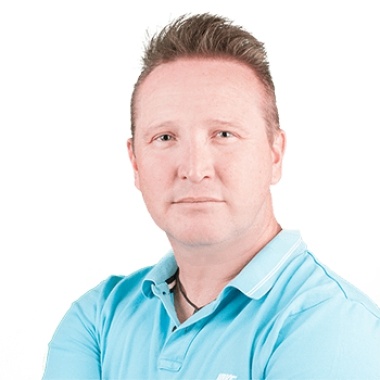 So here we are - 2016, with yet another year under our belts. 2015 held some interesting developments in the digital space. We saw the launch of Instagram ads, the rise of programmatic media, Facebook and Twitter video ads and reach and frequency buying models. So the natural question to ask is, "what are we going to see in 2016"?

To be honest I think that 2016 is probably going to be more of the same but on a much larger scale. The trends that started in 2015 are going to become further entrenched this year. But specifically, what do we foresee?

1. Paid social will continue to grow

We've all seen how Facebook is aggressively throttling the amount of organic communication that brands have with their followers. Facebook says that it is in their users’ best interests and that ultimately it will improve the user experience.

While there is a certain amount of truth to this, the cynic in me says this is just an excuse to further grow their ad revenue. Whatever the real reason though, the reality is that brands will find it harder and harder to engage with their fans and followers organically. So how will brands be able to tap into the power of social media to speak to their markets? They will have to pay. More and more social media platforms are introducing paid solutions - we saw Instagram offering paid ads in October last year, and we will likely see Pintrest following suit this year.

Whilst brands will continue their content strategies and ORM initiatives, we will continue to see more and more brands spending more and more money on social media platforms to reach their target markets. And why should brands pay to reach their audiences? Well because social media is arguably the most targeted media type out there. There is very little that Facebook doesn’t know about you. Even if you declined to tell Facebook what your favourite movies are, or whether or not you are in a relationship, Facebook knows. In fact Facebook probably knows more about you than you do!

So where better to segment and target your audience? Selling a car? Well now you can create multiple ads (for very little money) each selling the feature that matters most to the various segments within your overall audience…speed for the boy racers, safety for the moms and a suite of communication tools for the propeller heads - all part of one campaign, targeting one overall target audience. Try to do that on TV or Radio!

Increasingly brands will need to start viewing themselves as content publishers, in much the same way as magazines, TV stations and newspapers. The days of shouting at people and interrupting them are over. People no longer want to be spoken at. They want to be engaged with. And what do people engage with these days? Content! That is why the likes of Netflix and Amazon are spending millions investing in their own original programming. It is quite simple…people will pay attention to your “ads” if they are entertaining, engaging or involving.

And let's also be honest, people are bombarded by a hell of a lot of ads! Consumers have demonstrated time and time again though that they are more than willing to engage with brands if it’s their choice to do so - and if they are rewarded for doing so. So brands need to relook at how they are talking to their consumers, what kind of ads they are producing, and start making content that grabs people by the ears and entices them to engage! By the way, a 30 second ad is still a piece of content!

Following on from the content trend, another growing development that started in 2015 that we envisage will continue in 2016 is the use of video as an ad format. Most of the major social media networks introduced video ad units in 2014 or 2015 and these have been growing in popularity ever since. You can’t scroll through your Facebook or Twitter timelines these days without being exposed to video content.

Research has shown that people are more likely to engage with video content than static content. The best part for advertisers is that it isn’t necessarily going to cost you any more media money to run a video campaign. Recent research from Millward Brown has shown that people are spending a lot more time watching video content on their cell phone or tablet devices in an average day than they are sitting in front of a TV set. So running video campaigns on social media will not only generally get you higher rates of engagement, but you can also augment your TV exposure and potentially extend the reach and frequency of your campaigns by running TV and social video in combination.

Globally the programmatic trend is taking over the digital space. In many international markets as much as 50% of all digital adspend is taking place programmatically. In South Africa advertisers are only now just starting to get a handle on what programmatic is and what it can do for their brands.

For the uninitiated, programmatic media buying is the use of technology to sniff out your consumer, find them online and show them your ads when and where they are most receptive - and the best part? You only pay for the consumers you wish to reach. There is zero wastage and your media spend is market related i.e. you are not reliant upon a publisher telling what you must spend. There are a few programmatic solutions in South Africa at the moment, but this will grow in 2016 and we will see more and more digital inventory being traded programmatically.

But it’s not just limited to digital. In the very near future we will start to see TV inventory and digital OOH inventory being bought programmatically too, and that is very exciting indeed.

So those are the top four digital trends as I see them for 2016. Only time will tell if I am correct, but I for one am very excited about the future of digital media in South Africa. I think 2016 is going to be an interesting year for media. If the economists are to be believed, and given the effects of #Nenegate and the re-valuation of the Chinese economy on the Rand, we are very possibly heading towards a recession; and we all know that the marketing line is one of the first to come under pressure in tough times.

I believe that digital is well positioned, and that we are at the tipping point where advertisers and agencies are finally going to realise the true value of digital media in the mix. We will start to see a bigger part of the marketing and media budget being allocated to digital, especially as budgets shrink and advertisers can no longer afford the more expensive outlays associated with television and print.