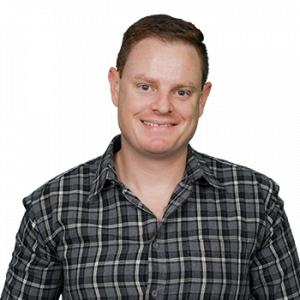 Gareth Grant, Business Unit Manager
Having joined the advertising industry in 2005, Gareth quickly made a name for himself in the industry. As a newbie he was invited to guest lecturer at the AAA during 2006 and 2008, providing unique insights into his first impressions of the workplace. From his humble beginnings at UM as a media planner, Gareth quickly proved his worth, landing a great opportunity as Senior Media Strategist at FNB, a position he held for four years before joining The MediaShop team.

With active involvement on the AMASA committee in previous years and with two Roger Garlick Awards under his belt, Gareth has a keen eye for great pioneering media ideas and how to implement them. In his spare time he loves watching and participating in various forms of sport, spending time in the bush and even getting his hands dirty in a wood working project. Bring him anything to do with technology and he’s a happy guy!