Published on Tuesday, 25 June 2013 by Mike Leahy in The Mediashop news 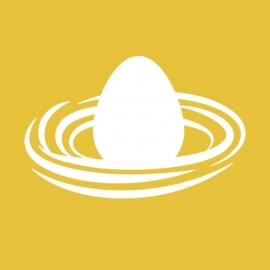 New weighting measures were introduced into the TV measurement survey TAMS in 2012 Q3. Thus audiences of 2012 Q3 and later should not be compared directly to audiences of previous periods. This means it is inadvisable to combine the apples and pears of audiences to produce a 2012 annual average per station, and so a CPM for that year cannot be calculated. Accordingly the only real measure of trend for the year is the Rate Index and, in line with previous occasions in which the performance methodology has changed, the Rate Index is duplicated in the MIW (CPM) Index.

In the Cinema medium Cinemark now supply rates and monthly audience figures for their top 15 houses (142 screens): these houses account for the highest advertiser demand. Accordingly 2013 January to March use the new data and increases on previous periods are based on similar data not released or shown in Inflation Watch.

BE AWARE: it is evident that audience changes in TV, Radio and Cinema mediums have taken place but one cannot calculate the extent with any degree of confidence. Television

Performance 0.00% (refer to Technical Note above)

The Print media category's dynamic is little changed over the last few releases of Inflation Watch: Performance (circulation) deflation continues to be a bigger issue than rate inflation.

Weekend and Weekly newspapers were a mixed bunch but the category fared almost as badly as Dailies. Leading the losers was City Press which has lost some 40% of its circulation since 2008.

Consumer Magazines were also a mixed bag. Most rate increases were low, and even some decreases. Circulations of most magazines were down, FHM by -31.6%. It was good to see Fairlady continue to put on circulation which together with a minimal 1% Rate increase resulted in a noteworthy -12.4% MIW Index (CPM).

Performance -1.83% (refer to Technical Note above)

Black format stations upped their rates by +9.9% and Performance by +1.4%. Normally this would have meant an MIW Index (CPM) of less than the rate increase but the swing of 2 massive stations Kaya and Metro pushed this measure to +10.3%.

Take a look at the cost per thousands. The average Black format station comes in at R18.48 whereas the average CIW is R63.66. So evaluate rate changes against comparative values. There is value there.

Out of Home contractors are actually hiking rates but at levels lower than most other media, and somewhat beneath the CPI. Much depends on the format, advertiser demand and location. The 5% featured in the data will workout to 2.5% by the end of 2013.

Performance +3.8% (refer to Technical Note above)

As mentioned earlier the Cinema Index is now worked on the top 15 Ster-Kinekor houses (142 screens). Cinemark advise no increase in real average rate over 2012 Q1, a marginal increase in attendance because of better Hollywood/Bollywood products and so a decrease in MIW Index (CPM).

Some of the asking rates for the top 8 Online sites tracked in Inflation Watch have increased and so hiked the category. Be aware that because of inventory availability many sites continue to offer massive discounts, seemingly at levels higher than any other medium, and so build this factor into any evaluation. All of the sites tracked charge on a cost per thousand basis so the performance changes, which are significant for the medium, can be factored out of the calculations.

In Summary - rates indicate a continued slowdown over previous periods, largely due to a minimal increase in Free-to-Air and a decrease in Paid TV's rates. Remember there is no Performance reading for TV.

It is possible that 2013 will be even lower.