Published on Tuesday, 03 September 2013 by Neo Monoreng in The Mediashop news 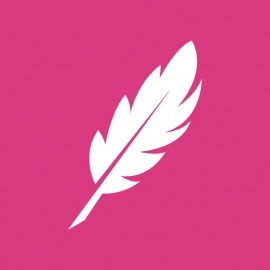 The success of Coca-Cola's Share a Coke campaign in which the brand name was replaced by 150 of Britain's most popular names has led to a lot of scratching of heads as to what it was about this campaign that made it work so well.

Chris Deere, head of brand activation at Coca-Cola Great Britain explains that, beyond the obvious attempt at personalisation, the campaign is about sharing: "We wanted people not just to find bottles with their own names on, but to surprise a friend or someone they love by seeking out a bottle with their name on it," he explains. (http://www.marketingmag.com)

Going one step further, past personalisation & sharing, why are names so important, specifically African names?

Back in the olden days, giving African children English names was a custom among Africans; influenced by British colonials who could not easily, and often would not, pronounce African names. Even our beloved former president; Rolihlahla Madiba Mandela, was given the name Nelson at the age of 6, because his first grade teacher and some of the kids struggled to pronounce Rolihlahla. (http://www.nelsonmandela.org).

English names were, for a long time, referred to as Christian names. As if Rorisang (Praise), Thapelo (Prayer), Thato Ya Modimo (God’s Will), etc., were not good enough African Christian names.

But what is/was a Christian name? "Traditionally, a Christian name is a personal name given on the occasion of Christian baptism. In more modern times, till the later 20th century, 'Christian Name' was used interchangeably with first name in traditionally Christian countries. Today, the more lay term 'first name' is used in day to day life, with "Christian name' essentially no longer used." (wikipedia.org)

When I'm asked for first name I hesitate to say it or write it because I have embraced my 2nd name, Neo, more. Being a product of the early 80's means being born to parents who still did customary things. Meaning my first name isn't Pedi, even though I am. So why am I reluctant to use my first name? Well… for a number of reasons… Such as:

If you come across Tshidiso, Matshidiso, Mogomotsi, Kgomotso (which are all comfort names) you instantly know someone very dear (either a relative or immediate family) died shortly before they were born. Someone named Dikeledi (tears) was also born shortly after there was a death in the family. And, in keeping with having lost a dear family member a name such as Tebatso (one who helps you forget) is also given to those born after great loss to the family and all these people’s arrival helped the family heal from , or forget the pain. Some names we call people are only a portion of the full meaning. For instance: we know Lemo as Lemohang, but in full it is "Lemohang lerato la Modimo" and the story behind this particular name being given is because her aunt had just past on and her birth was seen as God showing the family His love by giving the family another gift.

Some families name their kids based on the order in which they were born, and what that order signifies. The first born son, in some families, would be named Khumo because he is seen as the continuation of the family's wealth. Wealth in this case refers to the family name being continued. And in some instances, a person's name even tells you if they have a lot of male or female siblings. Someone named Zanele comes from a family that was blessed with a lot of girls (The full name is actually Ntobizanele and means "there are enough girls"), while Bandile (they are abundant) has a lot of brothers or only has brothers.

Some of the most unlikely names are given to children as a form of protection from "unseen forces". Although nobody would ever think naming your child Matlakala (rubbish) or Tshwene (Monkey) would even be an option, in some instances, where parents have maybe lost children before and fear losing the one they are expecting, they name the child something that does not relate to being a human being. There is a belief that in naming a child something "abstract" (for lack of a better word) would keep him/her safe from these forces as they would not recognise the baby's name as one of a human being, and the child would therefore be spared.

Although some names capture a part of a person's history, they sometimes also tell you what qualities or future they wish and hope, for their children to have. Names such as Bohlale (wisdom), Thobekile (humility), Katlego (success).

So what's the story behind my 3 names? The names my parents chose are not as much obvious indicators of what was happening at the time I was born, as they are an expression of what they felt when I was born. If they had followed the formula i gave earlier on deciphering what was happening when someone was born then I should have been named Tebatso (one who helps you forget) or Matshidiso (comfort), or Dikeledi (tears), because they had lost a son the year before and a decision was taken to have another child to fill the void. My arrival did not only soothe their pain, but my mother finally had the girl she had been praying for each of the 3 times she had been pregnant. Now this angle gave the perfect opportunity for a name such as Modiegi, especially since she had me when she was 40. Instead, my parents opted to name me Neo (because my mom finally got the gift she had been praying for - a girl), Happiness (for obvious reasons), and although my 3rd name is my grandmother’s name, Ratile was still a fitting name because in full it is "Modimo o Ratile" , meaning "It was God's will".