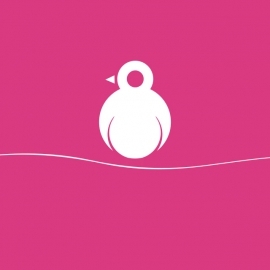 Let's take stock. In the world of advertising, where does Television currently sit? As of today its role remains massive in the day to day lifestyles of every South African - hell, three hours viewing a day per person?

We know TV is still the highest national reaching medium in SA. Remember 92% of all South Africans having watched TV in the past 7 days. And SABC still control the majority of viewers, with SABC 1 reaching 79% of South Africans followed by SABC 2 (71%) and eTV (69%).

Pay TV? Well it is sitting at 28%, a growth of 40% since 2009, with the majority of that growth generated by DSTV's compact offering.

If we look at advertising revenues, it has been relatively stable, with an average annual growth of 8% year on year.

That said, in 2010 there was a massive increase in revenue of 28% compared to 2009. But this was fuelled primarily by rate inflation, which has thankfully been contained in subsequent years by the broadcasters. Television has maintained its dominance of the investment share against the other media, and today attracts R47 out of every R100 spent by marketers. The biggest loser over the years has been the print industry - both newspapers & magazines.

In terms of revenue share the SABC remains top of the pile with a very healthy 48%. But the growth of compact has borne fruit for DSTV in terms of attracting new revenue. DSTV share has grown from 20% to 26% of the overall TV investment in the past four years, and eTV has remained stable at the 25% mark.

Now that we have outlined the top-line TV scenario let's dig a bit deeper. What issues are facing the industry and the agencies?

Well, multinational companies continue to apply pressure on price rather than value. But local market conditions, structure, audiences, inflation, and habits are always unique. However these factors play often too small a role when TV CPP and audience demands are set in London, Dubai and Paris. Not allowing for local market idiosyncrasy creates pressure on the local TV stations and agencies. It becomes a case of meeting the requisite international guidelines, rather than necessarily doing an optimal plan.

Result? Perhaps more spots in shoulder time to meet the CPP targets. This is often the easy solution applied as it is possible to negotiate a lot more discount and/or extra added value (AV) in shoulder or off-peak slots. This, though it results in a lower CPP, has to affect the impact, perception and noting of the campaign. Why else are there norms on the desired ratios one should achieve? (This is usually defined by a 80/20 or 70/30 split in prime vs. shoulder time)

But let us move on. Let us examine another contentious area that will affect the way we plan TV. Fragmentation of audience is upon us. DTT is around the corner. It will dramatically affect the number of stations the average man in the street will have access to. SABC alone will have something like 18 potential stations. Then Platco Digital (eTV) launches its OVHD (Open View HD TV) in mid-October 2013. This is, in short eTV’s initial foray into digital free TV, with the only cost to the consumers being the cost of the decoder. But it won’t stop there…. More channels, more fragmentation!

And with fragmentation comes the need to self-promote. With the fight on for the audience, channel loyalty is going to be under severe pressure, as programme loyalty becomes the norm. So expect a glut of programme promotion and advertising as the channels seek audiences, and the rands that go with them!

But not everything will change immediately. There will still be appointment viewing. Programmes like Generations, and Nuus and major sporting events will remain largely unaffected. But a word of warning. As fast as the cell phone landscape is changing, we could be seeing a change in TV viewer’s habits too. We know more channels will create a need for more DSTV ‘shotgun’ like planning. And we believe “environment planning” could become more of a concern than the actual programmes. Especially if cost and price incentives are attached to a less controlled TV planning model.

And marketer's problems don't stop here. DSTV is currently the only platform that allows viewers to record, start the programme from the beginning, or catch up on an episode at a later period, all while skipping the ads. But with more of these kind of decoders coming into the market it will create a possibility for all viewers to start to adopt this kind of behaviour.

Result? Advertisers will possibly move more towards branded content, or the sponsorship of specific programmes, or generating content with a large portion of the value being generated by the association with the programme.

So what does this all mean?

However, changes will slowly start to take place as more channels become available, and then as they say, GAME ON!