Digital OOH: through my eyes…

Published on Tuesday, 20 October 2015 by Craig Wallis in Marketing 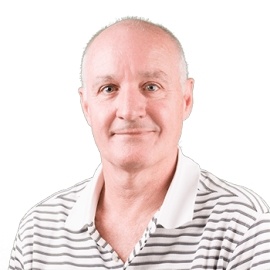 Whenever some new technology becomes available, every man and his dog sets-out to become a media owner as they search for a place to deploy this technology to deliver "the most amazing audience" to marketers!

Worldwide we have digital billboards/screens as "the Big Thing" in Out of Home and this technology, along with its amazing software, has allowed people to place screens both big and small, in a half a gazillion possible locations which consumers frequent.

For my sins, I have been exposed to most of these various digital networks and have made a few observations and have a few comments regarding digital in general.

1. Is DOOH a reasonably priced medium?

Media owner statements like, "it only costs R5 000pm to advertise on my screen," make it appear that digital advertising can be very reasonable but when you do the maths, that definitely is not the case. The reason behind this is that you have to invariably share the screen with a multitude of other advertisers which means that your ad exposure time is drastically reduced. This obviously means that the potential audience is also reduced. This translates into a digital ad costing exposure time wise anything from 10 to 20 times MORE EXPENSIVE than a comparable static billboard.

So advertisers, my tip to you, is that if you are interested in using DOOH as part of your campaign, then please ensure that your creative agency maximises the benefits that DOOH has to offer.

To me, the benefits of digital screen advertising should be skewed in favour of the advertiser; why else advertise there after all? All too often it looks like media owners skew the benefits their way by having 20 advertisers on their screens (yum… more $$$$$$$) as opposed to fewer advertisers. Having many advertisers does nothing to promote the benefits using digital advertising to the industry; it is ABSOLUTELY to the detriment of clients. (which leads us back to the 20 times more expensive scenario mentioned above)

I can just see media owners sitting there with their Excel spreadsheets open saying, "… and if I increase the number of advertisers from 8 to 12 per month then I CAN PAY OFF THE CAPEX OF THE SCREEN IN 1 YEAR!!! (WORLD CUP here I come!)"

Don't pull the wool over our eyes (Part I)

Media owners make claims like, "ads on my screen only cost R1.20 per ad".OK, so your screen runs 24/7 but we all know that there is no one viewing the screen from late at night to early in the morning so why do you factor these "useless" ad flightings into your cost calculation? Is this disingenuous or do you think that we are borderline doff?

Don’t pull the wool over our eyes (Part II)

You have got to love how media owners claim that an advertiser can reach "9 000 000 economically active consumer" via their screen/s. That audience is the TOTAL possible audience for ALL 20 ads flighted on the screen and NOT the likely audience that would be able to see my client's 1 ad. Again I ask, are you guys naive or you perhaps just trying to pull the wool over gullible people's eyes? (This is my other pet hate when media owners quote traffic counts for both directions when the billboard on offer only faces traffic travelling in one direction.)

Thanks for confusing my little brain…

As the old quote attributed to about 20 different captains of industry goes, "I know that half the money I spend on advertising is wasted. My only problem is that I don’t know which half."

I firmly believe that when it comes to digital OOH advertising it is quite easy to determine which half of your OOH is wasted. Just like OOH campaigns fail miserably when a client's copy-heavy print creative has been "cut & pasted" onto a billboard, so too is DOOH going to fail when a client's TVC has been edited down to 15 seconds for these digital screens.

The potential audience is only exposed to the screen/ad for a few seconds and in that time the product being advertised is not necessarily obvious. Just seeing part of an ad where a car drives through the lush countryside or a guy is wearing denims and a crisp white shirt is a fail from an advertising point of view. Which product is being advertised?!? By simply ensuring that your product logo is placed in the "corner" of the screen for the duration of the ad will at least ensure that I might be in with a chance of identifying the product being advertised.

So, as an advertiser, how do you maximise the benefits of DOOH?

That’s easy, send me an email and I will try and shed some light on the matter…

This email address is being protected from spambots. You need JavaScript enabled to view it.