Don’t be so hard on yourself, South Africa

Published on Tuesday, 16 July 2019 by Gareth Grant in Marketing 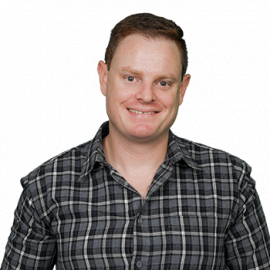 We as South Africans can be pretty tough on ourselves. Just look how fickle we can be when it comes to supporting our beloved national sports teams. How dare the Springboks or Proteas lose a match? The same can be said for many other areas in which we can get rather passionate and heated about. We are exceptionally hard on ourselves, and often without merit.

I was fortunate enough to have travelled abroad in April and again in June, to what we down this end of the continent and the rest of the world would refer to as a first world country. Well yes, I guess that is the true definition, however, in many aspects South Africa is streets ahead!

In April, my wife and I drove about 3 500kms around Germany, a first world country smaller than the Northern Cape. Yes, Germany would fit into the Northern Cape with a bit of space left around the edges. It is a beautiful country, however, the more we drove, the more I got to think how beautiful, yet underrated South Africa is. We have beautiful mountains, even higher than the beloved German Zugspitze. We have beautiful rivers and amazing wildlife, possibly some of the best in the world. Our road network is far superior, even to that of the under rated Autobahn in my opinion. With this said, why are we still so negative about the amazing country which we call home? Why do we slate ourselves so much?

I recall one experience when I was making a purchase, and I kid you not, the person behind the counter whipped out one of those old credit card machines in which you would lay down the card, put a piece of paper over it and then push and pull that handle over the card. I think I last saw one of those when I was an eight year old kid and my mom was doing grocery shopping.

In that moment I recall turning to my wife and saying, “did you just see that?” It dawned on me just how far ahead we are in so many aspects to that of the rest of the world - something we don’t seem to celebrate or to get.

Take our banking infrastructure as an example. Look at the likes of our online, money transfer and app functionality, in most cases these far better than anywhere else in the world. The likes of DStv and the channels and programming that they provide, is phenomenal in comparison to what I have experienced globally. Then, let’s not forget as people how diverse we are, yet again, another plus that we have to any other nation out there. There are some exceptional entrepreneurs, inventors and businessmen that have been born in our beautiful country. Look at the likes of Patrice Motsepe and Elon Musk. I want to encourage you to read the blog post that Louise Hefer wrote last month: https://www.mediashop.co.za/blog/digital/item/302-fostering-diversity-of-thought

As Louise points out, diversity is also a massive strength of ours as a country, but one that we don’t always seem to take advantage of and use in our favour. Why is that? Have we become programmed to have a negative outlook? I would love our media houses to focus on the positive stories, the good that we as a country have to offer, as opposed to always focusing on the negative. After all, we have a lot to celebrate.

As we make our way into the second half of 2019, let us as a collective make the most of what lies ahead. Let’s focus on all the positive aspects in order to make a meaningful difference.

It is only in this that we as a country will realise our true potential, and move forward to greater things that we as a nation can deliver on. Come on South Africa, let’s back one another!