The only consistent thing about research is....Nothing

Published on Friday, 29 July 2016 by Isla Prentis in Marketing 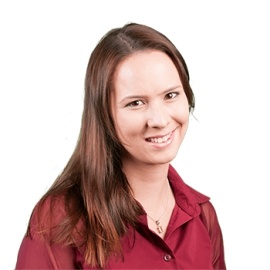 AMPS is effectively gone. LSMs are no longer relevant and the Establishment Survey is launching in 2017. What's a media planner to do asks Isla Prentis, Business Unit Manager at The MediaShop.

The way I see it, we each have two choices. Either we stick our head in the sand and pretend that nothing is changing, (a naïve approach, which will get you left behind), or we choose to embrace the change. I've chosen the latter because I believe we have an ever changing dynamic industry and the only way to stay ahead of the change is to embrace it. To do this we need to understand what the change is and this article is just the first step of exploring what is going on in the world of research right now.

In 2017, there will be no new AMPS launch. Rather we will be exposed to the very first Establishment Survey (ES). This month (July 2016) the survey goes into field and in less than a year we will be deep diving through the results on behalf of our clients. The ES will be a central database for all research that we work with in future. It will help us to establish the core demographic data for which we base our target audience understanding. However, it will not have the same detail that AMPS had – but that's no cause for concern. There will be several surveys that hook into the ES and these will provide us with the different additions that we are used to having. The fusion hooks created in the ES will allow us to compare data across different surveys as if they were combined in a single source.

The Major shift in research data

The majority of the industry, me included, have taken AMPS for granted for the duration of our careers. It was developed years ago and slowly evolved, but we still ask has AMPS evolved enough to keep up with the changes in society and our industry? If you had asked me this question at the end of last year, I would have said yes and listed all its benefits and strengths. However, sitting through the development of the ES, I quickly learnt that this is not necessarily the case. I won't go into detail because you'll be sitting here for the next week reading this newsletter, however, here are a few of the top line realisations that I had.

The first realisation is that while I had been working for years with AMPS, I understood very little about the methodology and sampling frame. I personally had never questioned this, and I'm sure not many others had either. Yet, in comparing what was known about the previous sampling and methodology to what has been set up for the ES it was clear that AMPS was certainly not without its flaws. The two major differences are that the sampling framework for the ES is open and shared allowing others to mirror it and hook into the ES. Secondly, and most importantly, the new sample is going to be far more representative of the South African population which means that the data will be a better reflection of our diverse country.

The second of my realisations is that society has evolved much quicker than the tools we use to understand it. AMPS was initially strongly focused on traditional behaviour and media but society has shifted drastically and new, key behaviours are not currently measured in AMPS. The new ES not only allows us to adjust the questionnaire upfront for today's consumer, but it has also been set up to watch for new behaviours that can be included as and when relevant.

My third realisation is that we are going to need to understand the data and background of the data more than we ever needed to in the past. The reason for this is that it's the only way we are going to be able to cope with the change and know the difference between a true change in behaviour versus a data change.

For the past few years I have heard a number of people talking about the death of LSMs and why they are no longer relevant. The examples shown all make sense but there were two pieces of information that were missing for me. The first is why LSMs are no longer relevant, and the second is what would a more appropriate mass audience targeting solution be? In one of the early ES sessions, Neil Higgs took the time to take us through the current flaws with the existing LSM methodology. In a nutshell, the fundamental flaw is that LSMs are based on durables (TV sets, washing machines, etc.). At the time of development, the purchase of durables was slow and indicative of a lifestyle change. However, with increased credit and access, durables are now bought, traded and sold on a daily basis and therefore no longer indicate a lifestyle change. With such rapid changes, and easy access to durables, LSMs have become less stable and less representative of our target audience.

Fear not, LSMs will be recreated in the new ES data. However, we need to use these only as a bridge to understand the difference between the two sets of data and until we have enough stable data to use the new proposed socio-economic segmentation. As I started my story, I encourage you all to embrace change – don't get left behind in our ever changing industry.

The exact methodology for the new socio-economic segmentation has not yet been developed. Rather, a large number of variables from many global learnings have been included in the first wave of field work. When there is enough data, the analysts will look at which variables have the most differentiating factors and from these the segmentation will be created. I personally look forward to the future when we will have better data to dive deeply into.

Data beyond the ES

The BRC? has been driving radio and TV data throughout the process and has already given RAMS an overhaul aligned to the new ES. The first wave of data will be available later this year. Significant shifts can already been seen in early data because the methodology is so fundamentally different. This is another change we should embrace as we will have more representative data. Once the first wave of the ES is available, TAMS will be adjusted to align to it, allowing the data to also become more stable and more representative.

The Out of Home research that the ORC has just launched will, too, hook into the ES. The prospect of having Outdoor data at all is very exciting, especially because we will be able to compare the Outdoor currency to all the other media currencies. That means that we'll have a level playing field for strategies to be developed on. Whilst we will only have this for billboards upfront, I also look forward to the future when the ORC will roll this out for all forms of OOH.

I have not yet been exposed to the PRC survey, however, I know that they are hard at work on a print survey and currency. With continuous involvement in the ES process, I have no doubt that their work will be fully aligned and look forward to seeing their progress in the new future.

Various marketers are in discussions about brand and product questionnaires, but we do not yet have timelines for this data. At this stage, this will be the only gap in the new available data sources. The good news is that TGI will be updating their sampling frame to hook into the ES next year. So while we will need to wait for this to be done, in the future TGI data will be aligned and comparable with ES and all other sources – something that we have never been able to do and that has caused a difference of opinions throughout our industry with contrasting data.

What should we do now?

With such a shift in methodology, we won't be able to trend. We won't be able to say the target audience grew by X%, nor that the target audience has shifted and now consume more, or less, TV, radio, etc. However, our consumer understanding over the past couple of generations has been built based on AMPS data. With this in mind, what we will be able to do is compare the AMPS reality to the new ES reality. Understanding the differences is vital to understanding what should be shifted in terms of our thinking, even if it's not because of an audience change.

So ask yourself, would you rather trend data which does not reflect reality, or embrace the change, start anew, and truly understand the reality in which we strategise, plan and buy media? I know my answer.